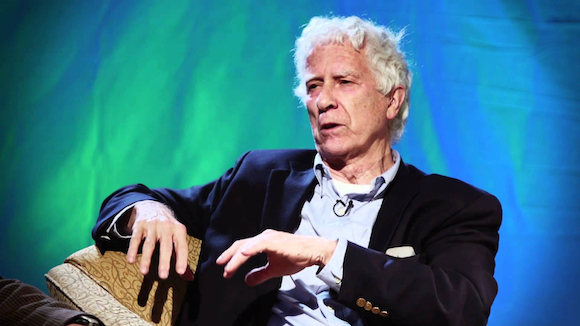 Let Me Explain: Wolterstorff’s Life of the Mind, Life in Community

In This World of Wonders: Memoir of a Life in Learning
Nicholas Wolterstorff
Eerdmans, 2019
318 pages

When vistas open up in life, extraordinary people awaken to them. Widening vistas and intellectual awakenings characterize philosopher Nicholas Wolterstorff’s new memoir, in which he recounts a long and extraordinary life of joyful curiosity, pursued with vigor and crowned with accomplishment.

Wolterstorff, lifelong member of the Reformed tribe and easily one of the most important Christian philosophers of the last century, explains in the opening pages that he is an unlikely memoirist—never kept a journal, spent his life mostly reading and writing, no juicy scandals to report. He wrote the book only at the persistent urging of friends. “Memoir” isn’t quite the right term, actually. Free of meandering soul-plumbing, In This World of Wonders is more properly an autobiography, an engagingly amiable account of Wolterstorff’s whole life, beginning with his childhood in rural Minnesota and winding through his distinguished career in academia right through his astonishingly productive “retirement.” Better yet, the book is an offering of gratitude: for the communities which have nourished and inspired Wolterstorff, for the notable opportunities he was afforded, and for the period of ferment in the academy in which he was able to thrive.

Nicely organized into short chapters, the book proceeds through series of “vignettes,” succinctly told. I enjoyed this approach of lily-padding through Wolterstorff’s memories, hitting highlights without attempting to be comprehensive. The stories often end with an amusing incident or quiet thought rather than with a big flourish, thus propelling the reader forward into the next vignette or section.

Throughout, Wolterstorff writes with the same compelling clarity with which he lectures. It’s a wonder—one I greatly admire—honed through tens of thousands of hours as a teacher and lecturer. Whether he’s relating a harrowing episode driving in a camper in London traffic or pausing to explain the distinction between analytic and continental philosophy, he proceeds with unfailing attention to the reader’s understanding. One is always clearly alerted to the theme or idea being explored, always guided along adeptly through the process.

Opening chapters recount Wolterstorff’s childhood in the Christian Reformed farming communities of Bigelow and Edgerton, Minnesota, in the 1930s and 40s. After the death of his mother when he and his twin sister were three years old, he and his siblings were lovingly cared for by relatives as well as by his father and (eventually) stepmother. Wolterstorff recalls this world with affection, offering a real-life portrait of the farmer-theologian mythos familiar in the Dutch-American Reformed tradition. Family and communal life was characterized by hard farm work combined with serious piety—faithful church attendance, psalm singing, the Heidelberg Catechism, family devotions.

This life awakened in Wolterstorff an appreciation for community that never left him. “Many of those who have been reared in some religious tradition eventually leave because they find it too confining,” he observes. “Not so for me. Be being inducted into the Reformed tradition of Christianity, I became a member of a community, spread across time and space, whose ways of thinking and acting have, over the years, grounded, nurtured, instructed, guided, and disciplined me.” The Reformed tradition, as he experienced it, was about “living gratefully, joyfully, and responsibly in this world.”

The vista of academia opened out to him first through his high school studies. “I got the sense of more, much more,” he recalls. Then we’re off to Calvin College in the 1950s, where Wolterstorff felt philosophy choose him within the first thirty minutes of the first day in Henry Stob’s class. Wolterstorff describes what it was like to be a student when Stob, Jellema, Zylstra, Runner—legendary professors at Calvin—were still stalking the hallways. Thankfully, Wolterstorff also recalls entertaining moments in the Chimes office (the student newspaper) and some amusing hijinks involving a Model T and a mini-statue of Moses (since destroyed, alas).

The central breadth of the book focuses mainly on life in the philosophical academy: grad school at Harvard, some years teaching at Yale, a thirty-year stretch at Calvin College, then a final dozen years at Yale Divinity school, along with guest lectureships in the UK, the Netherlands, and elsewhere during and after his primary career. Throughout, Wolterstorff gives particular attention to originating moments that sent him off into his main areas of interest, especially the rationality of faith and philosophical aesthetics. His work at the nexus of justice, love, and politics derives from awakenings experienced during visits to South Africa and Palestine. Along the way, he offers brief explanations of various philosophical problems he worked on so that lay readers can get a sense for what’s at stake in each case.

In this section, I was especially interested in the development of “Reformed epistemology” (a term Wolterstorff is uncomfortable with, though it stuck). Along with Alvin Plantinga and others, Wolterstorff determined in the late 1970s and 1980s to work out a defense of theism. More precisely, they wanted to establish why theism is “properly basic,” that is, why it is rationally defensible to base one’s view of the world on the premise of theism. I recall as an undergraduate an awareness that this work was going on, and I was intrigued by it. Plantinga and Wolterstorff, along with Richard Mouw and others, have since been credited with inspiring a Renaissance of Christian philosophy, founding the Society of Christian Philosophers and permanently altering the philosophical academy. Plantinga’s work in particular solved the “rationality deficit” so convincingly that the secular academy has apparently thrown up their hands and set the question aside: you win.

A likely highlight for readers of this blog is Wolterstorff’s account of the original Reformed Journal’s heyday. The Reformed Journal—published from 1951-1990—was, Wolterstorff notes, “a remarkable publication: it occupied a unique position within American religious journalism and spoke with a voice all its own.” He specifies further: “it was a periodical of progressive Reformed comment and opinion.” He goes on to name names and inventory various controversies into which the journal spoke. I only wish, in this section, that Wolterstorff had added a few follow-up sentences about the journal’s current iteration. To make up for this lack, I’ll suggest an emendation here. Feel free to print up the following paragraph and slip the paper inside your copy of the book at page 138. Here we go:

“Once The Reformed Journal’s run ended in 1990, the little-sister journal Perspectives faithfully carried on its legacy, eventually establishing the blog The Twelve in 2011. In 2018, prompted by a growing readership, The Twelve and Perspectives reclaimed the name of The Reformed Journal, still brilliantly living up to original RJ founding editor James Daane’s vision for producing writing that exemplifies ‘a Reformed theology bristling with vitality and restless with creative energy.’”

Woven throughout Wolterstorff’s career developments and philosophical explanations are loving accounts of family life. Marriage to his wife, Claire, the arrival of their five children over the years, various family adventures, cherished friendships all over the world. Along the way, too, we read about Wolterstorff’s deep respect for craft as well as for “high art,” his interests in collecting prints and well-designed chairs, and his love of gardening. Many readers will be grateful for the moving chapter on the loss of Nick and Claire’s son Eric, who died in a mountain-climbing accident in 1983. Wolterstorff offers a spare account of those terrible days after the accident, describing, too, how he came to write the memoir (in the true sense) treasured by so many, Lament for a Son.

Other than in that chapter, the daily dramas of family life are somewhat muted. Wolterstorff obviously takes great joy in his family and his many friendships across the world; he delights in beauty and in the goodness of God. But we’re in the mind of a philosopher here, a person for whom thinking, teaching, and writing are central to existence. Readers should go into this book expecting to enjoy the orderly progress of an organized mind. Wolterstorff has spent his life relishing problems that “baffle” him and working his way through to the other side—which inevitably results, it seems, in new friendships, invitations to offer distinguished lectures, and more monographs. Wolterstorff seems to produce books as one would produce sneezes, with at least two dozen monographs as far as I can count, seven of them published after his 80thbirthday in 2012. His Wikipedia page gives up keeping track and claims only to list “selected writings.”

Though I only know him a little bit, I owe a lot to Nicholas Wolterstorff. I felt that same excitement of vistas opening up to me—there’s more, much more—when I took his aesthetics course at Calvin in 1984. He helped shape the curriculum at Calvin in ways that still affect me now that I teach there. He helped found the church to which I belong, and he talked an innovative architect into designing the building where I worship. He helped establish the journal whose legacy this blog continues. He helped defend the rationality of faith so that I have never bothered to doubt it. He helped earn respect in the wider academy for a religious community in which I was also raised, which I also love.

Most of all, Wolterstorff models a posture of wonder and gratitude, and he commends the life of faithfulness within community. These are ways of living in this world to which we can all aspire.