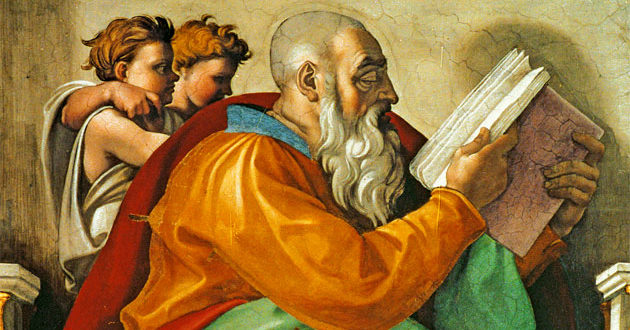 At first it was awful, the silence. I was angry, of course. I fumed around the house, slammed doors, felt sorry for myself. After a few days, when it was clear this condition—did it qualify as a disability?—wasn’t going away, the HR office at the temple urged me to take a leave of absence. What could I say? Nothing, obviously. I couldn’t even write things down. The words dissolved immediately on the notepad. So I sat at home, restless and resentful. Elizabeth wore a wry smile, teased me, told me to enjoy the time off and not be such an old poop.

After a week, I was caught up with my TV shows and got tired of Netflix, so I started fixing things around the house. I painted doors and tinkered with the hinges on cabinets. I drew diagrams at the plumbing supply store to explain the parts I needed for the water heater. I took over the laundry and learned to take deep satisfaction in smoothing and folding clothes hot out of the dryer. I slept more. Took long walks in the woods every afternoon.

I started hearing and smelling and tasting again, I mean really noticing the little stuff. The way pheasants squawk and then shudder their wings, the tappa-tappa of cottonwood leaves in the wind, the dog’s little sigh as she flops on her side. Food tasted better. I could smell Elizabeth’s shampoo from two rooms away. It was as if some part of my brain, long dark, lit up.

Then, about a month in, I began having vivid dreams.

One night, I dreamed it wasn’t just me. Every other old codger had gone silent. It seemed that any man over about age 50 could no longer speak or write or even type. Not the women, just the men. So weird. Us older guys shuffled down the grocery store aisles, nodding at each other helplessly. We couldn’t even say “you too” when the teenage cashier told us to have a nice day.

In the dream, I floated in and out of a lot of churches and temples and mosques, saw the staff scrambling to find younger men to preside over services or sing bass in the choirs. Nuns had to say mass while the priests did all the motions. The Methodist church down the street, the one with the lady pastor—they went on as always, though I heard the pastor remark to the church secretary that their congregational meetings had gotten rather less contentious.

I floated over university campuses, where students suddenly lost most of their professors. Some students rejoiced and partied, others went home. Many took to the library and read through their syllabi anyway, organizing discussion groups with the female and younger profs. College football was suspended. The coaches almost all went mute, and so did the commentators. Hungry for noise and excitement, fans streamed to women’s volleyball games instead.

I saw it all: corporate America, Wall Street, hospitals—everyone was trying to cope. In towering skyscrapers, once-powerful fellas in expensive suits tugged on the sleeves of other men, motioning and gesturing, trying to keep their various empires intact. It was hopeless, though. The women and the younger men ignored them, carried on, and started to maneuver the titans out of the picture.

I saw Washington, too. In the U.S. Congress, well over sixty percent of the members could neither speak nor write a word. After some consternation, the women and the few younger men decided to caucus together and take up the business of governing. They called themselves the Quiet Caucus. They summoned their fresh-faced staffers and drafted major legislation on all the most pressing issues. Meanwhile, their silenced colleagues, unable to chat up donors, went home to their districts, where they had no choice but to listen to grandmas and young people, who gathered in huge crowds at town meetings.

I saw the president, unable to tweet, flee the White House in a black limousine. So no one knew what he thought anymore about the day’s news, and no one cared. The White House press secretary chatted with the younger and female reporters about the weather. The talking-head news shows went right on yammering, though, on every TV monitor in the city. More dresses and less gray hair now, but the same shrill tone, decrying the whole situation as some kind of conspiracy.

It occurred to me to scroll through Facebook, wondering if the usual rants would disappear. No, the rants were still there, though somewhat diminished. I suppose crusty old curmudgeons were still typing out their wrath, and gentle old sages their wisdom, but either way the words dissipated from their screens as soon as they formed, in little whiffs of electronic smoke.

Then it seemed, in my dream, that about three months had passed. Suddenly another wave of silence washed over the nation. Now everyone over 50 went quiet.

Now I saw older nurses and doctors using hand signals and pointing to medical records in order to help their younger colleagues take care of patients. Teachers held up books and pointed to the chapters students should read, while the still-speaking teachers recruited older students to help the younger ones. Retirees gathered on tour buses and listened while young tour guides pattered without interruption.

Deaf people, of course, and the few who had bothered to learn sign language, went about their lives quite comfortably. I saw them passing each other on the street, signing and smiling, and I had the sense they were talking about the rest of us, but how would I know?

Then I was at home, with Elizabeth. She didn’t seem to mind her new, quieter status. She gardened all morning and read in the afternoon. We looked at one another over our evening meal and bowed our heads to pray. We prayed for a long time.

Another month seemed to go by, and then everyone over 40 went quiet.

Now we seemed to be living in a young person’s world. I saw young parents reading books to their little ones, but older parents could no longer shout at their teenagers from the sidelines at soccer games. Only the youngest teachers and doctors and business owners and store managers and orchestra conductors and clergy were practicing their professions. I floated into a wedding celebration that felt like an entirely youthful party. I can’t imagine who was running Washington. College-age interns, I suppose.

I saw older people shuffling through their days. Staying home. Taking long drives to sit at look at the ocean. The air seemed full of new voices, young voices. People were looking at each other, paying attention. Honestly, I felt at peace.

More time seemed to pass, then it started happening faster. Every day, younger and younger people went quiet, until only the youngest children could speak. That seemed to last only a day, and then, for the last few hours, every neighborhood, every street was utterly silent, except, here and there, for the cries and laughter of infants.

Then, in my dream, in one unutterably spacious moment of profound human silence, I heard nothing but wind sweeping through dune grass and waves lapping the shore. That sweet moment passed, and then I heard what sounded like a tidal wave roaring toward us all, seeming to come from a long distance away. I sensed I was about to wake up, or maybe perish altogether. The roar gathered and grew and came rushing upon me, until it swept over with a hideous thunder. All the voices came back at once, the anger and wailing and human cacophony. I covered my ears, but for the first time in months, I heard myself scream.