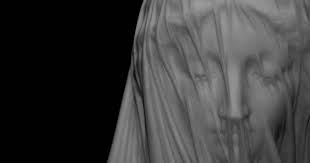 After confirming the absolute veracity of Meghan Markle’s pregnancy—with twins!—from the gossip rags in the grocery checkout line the other day, I picked up the latest issue of National Geographic with its cover feature about a face transplant. I got so absorbed that the cashier had to alert me when it was time to unload my cart. “Uh, ma’am, I can help you now.” “Oh! Sorry!” I put the magazine back in the rack.

When I got home, that story was still on my mind. So I went online and found the whole feature available at the National Geographic website. It’s the story of Katie Stubblefield, a 21-year-old who underwent a complete face transplant in May 2017.

I’m still trying to understand why I found it all so fascinating. No doubt the many arresting photos of Katie—before, during, and after—have something to do with it. They’re horrifyingly frank, poignant and beautiful. Two photographers and a writer spent more than two years working with Katie and her family, and both the writing and the photography convey a palpable respect and gentleness. It’s impressive.

Part of my fascination, I suppose, is that we are talking about a face here. The article nicely rehearses the significance of the human face while visually explicating the devastating destruction of Katie’s. What’s compelling is the idea of coming face-to-face, so to speak, with a worst-case scenario and watching someone survive it, though barely.

Then there’s the medical marvel factor. Katie was the youngest person to receive a face transplant, the fortieth person worldwide, and the third at the Cleveland Clinic. This procedure is all very experimental yet, obviously, and the article offers plenty of medical detail. I highly recommend the sidebar called “Building Katie’s New Face,” which recounts, with diagrams, every stage of her four-year ordeal—so far. Here you begin to understand how the kindness and compassion of the surgical team contrasts with the inherent violence of the repair process. Long before the donor’s layer of tissue was placed, mask-like, on Katie, the front of Katie’s head had to be rebuilt, in stages, using donated tissues as well as bone and skin grafts from her stomach and leg. At every stage, the surgeons had to invent, innovate, figure it out. At every stage, there was sawing and chopping and stitching and complications.

What happened to Katie in the first place? The main article delays that reveal until half way through, and I’ll let you discover that part on your own. The editors give full weight to the inciting event, but the focus is elsewhere: “This is a story,” they write “about breakthrough science and the doctors, nurses, and surgeons who created a medical miracle. It is a story about perhaps the most distinctive part of our body and the very nature of human identity. It is a story of second chances.”

All true, but I felt while reading as if we were not quite getting down to the deepest layers of mystery.

“When the time comes to you at which you will be forced at last to utter the speech which has lain at the center of your soul for years, which you have, all that time, idiot-like, been saying over and over, you’ll not talk about the joy of words. I saw well why the gods do not speak to us openly, nor let us answer. Till that word can be dug out of us, why should they hear the babble that we think we mean? How can they meet us face to face till we have faces?” – Till We Have Faces

Katie’s parents are conservative Christians. The article presents this aspect of their lives respectfully though with a light touch. In one video, we see the family praying before the surgery. Everywhere, the writer and photographers honor the family’s closeness and their commitment to Katie’s recovery. Her parents “put their lives on hold for four years” in order to spend every hour, round the clock, caring for her.

So I can’t help digging under the medical marvel and second chance angles to unearth some theological reflection as well. Katie’s parents: are they a parable of unrelenting grace? You can see in the photos how exhausted they are, yet they remain faithful. “What happened to Katie shook their faith a bit but didn’t kill it,” the article observes. These are people who have learned what forgiveness and love can cost.

And Katie herself: Is she an emblem of redemption? Even of resurrection? She says, in one of the videos, “Life is an amazing gift, and I’m thankful to have a second chance.” Like many survivors of tragedy, she testifies now to the preciousness of life.

The donor’s story is told, too, by her grandmother, who authorized the donation. The grandmother is apparently a believer as well. She explains her decision to donate her granddaughter’s face by saying, “When we go to heaven, we have a new body.”

Meanwhile, we make do with the bodies we have, both fragile and fiercely tenacious, capable of incredible healing. Doctors had to connect blood vessels and nerves from the donor’s face to Katie’s vascular and nerve systems. One of the most compelling moments in the story is the description of when the new face “connects,” as recollected by one of the lead surgeons: “When they finished the left side and unclamped Katie’s vessels, her blood rushed in. The face blushed. When they finished the other side and unclamped, the whole face turned perfectly pink. ‘There was a very large internal sigh of relief by almost all of us surgeons.’”

Reconnected nerves will, over a year’s time, spread and regenerate across Katie’s face. Mostly.

“Holy places are dark places. It is life and strength, not knowledge and words, that we get in them. Holy wisdom is not clear and thin like water, but thick and dark like blood.” –Till We Have Faces

The U.S. Department of Defense funded Katie’s surgery. Insurance wouldn’t cover it because it’s considered experimental. The Defense Department, however, is interested in supporting this work in order to improve our ability to repair grievously wounded soldiers.

Another layer beneath Katie’s story is the pervasiveness of human violence. We know very well how to destroy one another’s bodies. Five face transplant recipients are featured in the whole suite of articles. Four of them were the victims of gunshots.

That exposes another juxtaposition: between the violence that chops these people’s lives in two and the grace of their response. The transplant recipients have gained, they say, a new wisdom. They are willing to tell their stories because they want to testify to the value of life and explain how their ordeals have turned them toward helping other people.

This is the sort of wisdom you pray that your children learn without having to crawl through the dark valley of tragedy. In explaining why she and her family allowed National Geographic to feature them, Katie says, “I wanted people to know how amazing this procedure is and to know how beautiful life is. Bottom line, I want to help people.”

The endurance of the human spirit, the power of love, the preciousness of life, the importance of giving back to others. The usual lessons. Even some contours of redemption and grace. In the end, though, I’m struck by the inescapable woundedness of life this side of the veil. Yes, Katie has a second chance, but every system of her body will continue to bear the severe scars of a flash decision made at age 18. She suffers, in broader and more tangible ways than most of us, the pain and limitations of human life that we all know. None of us, after all, is yet whole. None of us has our true face.

The Fox says, “This age of ours will one day be the distant past. And the Divine Nature can change the past. Nothing is yet in its true form.” – Till We Have Faces