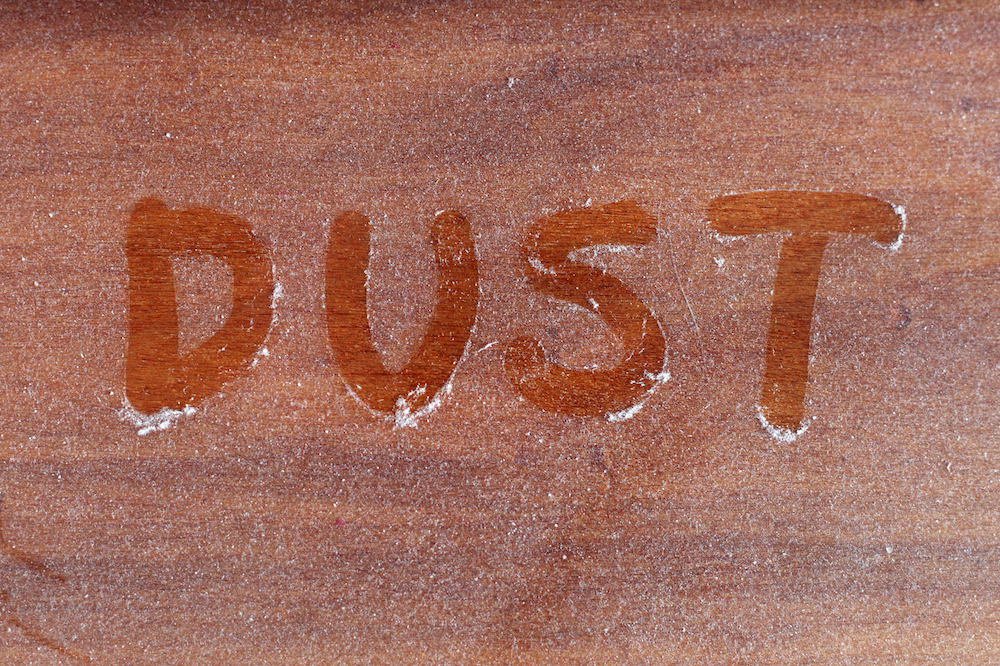 Pious Petunia Puts on the Ashes

After a long hiatus, guest columnist Pious Petunia returns with wise and timely guidance along the Lenten pilgrim path.

Dear Miss Petunia: I’m the pastor of a medium-sized congregation with an older building. Several women at the church have been reading that book by Marie Kondo, the cleaning guru, and as their Lenten “service” to the church, they want to “declutter” and “scrub the church within an inch of its life.” The custodial staff is insulted. Should I give these women free rein or attempt to dissuade them?

PP: It was only a matter of time before the “KonMari MethodTM” came down with a holy fever and infected the church world. Miss P is not currently aware of actual book titles touting an evangelical version of super-tidying, but she wouldn’t be surprised if such titles already exist. After all, as far as some people are concerned, the old maxim “cleanliness is next to godliness” might as well be in the Bible, even though it isn’t. (The world of the Bible, as you know from seminary study, was quite a dusty and hygiene-deprived place.)

Lack of biblical warrant will not deter the zealous simplifiers and scrubbers in your congregation, however. Miss P can imagine dusty artificial flower arrangements and inexplicable seascape paintings mysteriously disappearing from the fellowship hall because they “do not ‘spark joy.’” The church’s collection of tablecloths will be folded just so and propped upright like soldiers in the stainless-steel kitchen drawers. Forlorn children in the nursery will make do with only six exquisitely clean, matching building blocks, placed in a Zen-like composition on the nursery carpet.

You might think of this as a Lent-long extension of the traditional Thursday evening “stripping the altar” tradition. In fact, perhaps you could create a win-win here: Give the custodial staff forty days off with pay and let the ladies move through the church like locusts in a ravenous frenzy. It might indeed be a good opportunity to get rid of those burlap banners from the 1970s mildewing quietly in the closet off the choir room.

Before the ladies begin, though, secret away any objects you particularly value, as no doubt the locusts will invade your office, too. And you might need to prepare for some grief counseling after Easter. Extreme tidying requires extreme follow up, which your congregation is unlikely to provide. Your zealous ladies will watch in despair as the congregation happily replaces the clutter and splatter in one or two Sundays of ordinary ministry.

Dear Miss Petunia: My Episcopal friend and I were arguing over whether one gets to suspend one’s Lenten observance on Sundays. She says Sundays don’t count as fast days. I say that’s cheating. What do you say?

PP: Miss P wonders if you might be a Calvinist, inclined to imagine that deprivation earns one piety points with the Lord. In fact, many Christian traditions do indeed consider every Sunday a “little Easter,” to be observed with joy or at least in some suitably Sunday-ish manner even during Lent. The math further justifies this: if you practice your deprivations from Ash Wednesday to Easter, you “suffer” for a total of 46 consecutive days. Eliminate the Sundays and end on Holy Saturday, and you get 40 days. So ask yourself: are you trying to outdo Jesus’ 40 days in the wilderness here?

On the other hand, Miss P does receive numerous queries along the lines of “can I cheat?” which suggests that the inquiring penitents no sooner devise their Lenten practices than they begin poking around for authorized loopholes. This hardly seems a wholeheartedly repentant embracing of the season now, does it?

The bottom line is that you must simply do a little prayerful conscience-sifting and figure it out. Perhaps you are in a place where a stretch of 46 straight days of piety, a sort of Lenten CrossFit program, would be just the jolt you need. Miss P can’t say. But she recommends pondering the wisdom of the centuries as well as the weakness of the human will: pacing yourself and practicing a little joy on Sundays makes theological sense.

Dear Miss Petunia: Does it mean anything that Ash Wednesday falls on Valentine’s Day this year, and that Easter falls on April Fool’s Day?

PP: It would be nice to imagine that this is a sign we have entered the Age of Aquarius or the Era of Prosperity or something, but perhaps it is only a further reminder that we are enduring the Year of the Absurd. Miss P has taken it as a prompt to compose silly poems, such as the following:

Roses are red, violets are blue.
We’re all going to die.
No chocolates for you.

Or how about this one?

There once was a woman named Mary
who entered the garden quite wary.
While she dabbed at her eyes,
the Lord said, “Surprise!
I’m quite a hard fellow to bury.”

PP: Oh it does get wearying, doesn’t it? Every year the same righteous resolutions: no chocolate, no coffee, no alcohol, no meat, no screens, no Twitter, more praying, more devotions, more exercise. The Lord works in mysterious ways, even through chocolate deprivation, but one does long for a change.

Of course, boredom may be a condition to cultivate during Lent. Perhaps a little boredom would do our frantic spirits the most good. Nevertheless, here are some suggestions for alternative practices this year.

Dear Miss Petunia: Do I have to?

PP: Miss P presumes you’re asking if Lenten observance is mandatory. No, dear. It isn’t. You can simply Micah 6:8 your way through the whole liturgical year. If more people would do only that, the world would be a better place.