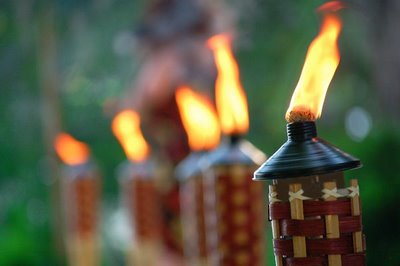 No, I’m not going to decry oversexualized harem girl outfits for seven-year-olds or ax-in-the-head gross-out costumes for grownups. Nor am I going to indulge in a jeremiad about church people celebrating a pagan, consumer-driven holiday. Instead, I’m going to contribute to the problem. After all, I’m learning from my nation’s leaders that giving offense, whether maliciously or clumsily, is now, as we say, de rigueur.

Hence, I set all niceties aside and present my suggestions for inappropriate Halloween costumes especially for church people. Deploy these with relish on that most wickedest of holidays, All Hallow’s Eve, and join in the gasp-inducing fun.

Sexy Prophetess
We’ve already had sexy nurses, maids, schoolgirls, and other stereotypical female professions. But never prophetess, I’m quite sure. All you need for this one is a burlap sack cut to order with a high hemline and a low neckline, plus a suitable undergarment to engineer some clairvoyant cleavage. Desperately problematic on the wave of the #MeToo movement? Sure, but think about this: if while wearing this costume you get any leering looks, you have biblical precedent on your side. Arm all your sisters with tent pegs and hammers and yell at the perpetrator: “So may all your enemies perish, O Lord!”

Walking Dead Drowned
Aren’t the children darling in their little animal costumes? Why, they’re a veritable Noah’s ark of furry fun. But what about the creatures who didn’tsurvive the ancient worldwide flood, huh? What about them? You can pose this question to the neighborhood nippers when you answer the door in your repurposed zombie costume. Just apply the corpse-like make-up, don the rags, douse yourself with water every fifteen minutes or so, and voila: you are a not-survivor of Genesis 6-7. Super offensive, of course, in the aftermath of this season’s hurricanes. Say, there’s another idea: tangle yourself in wet construction debris and call yourself Irma.

Another Genesis-themed idea. Cut off your bathrobe at the upper thigh and pour yourself a luscious glass of a recent vintage. Or, if that’s too embarrassing, leave your robe’s hem as-is and dangle a cluster of grapes from the belt at just the right angle. People will get the idea. Maybe too clearly.

Servetus at the Stake
And now it’s time for some Reformation-themed costumes in honor of the 500th. First, get a thick book and make a new cover for it that says “Errors of the Trinity.” Then drape yourself with gauzy scarves in oranges, yellows, and reds. Muss your hair, draw on an elaborate Spanish mustache, and smudge your face with ashes. Now stick a tiki-torch down the back of your shirt so that the tiki-part sticks out above your head. Grab your book and go! Probably not a good idea to light the torch for real, especially around alcohol.

Saracen Slayer
If medieval Europe had superhero comic books, this guy would be the star of many of them. Whether as superhero or supervillain would depend, of course, on whether you were in Rome or Constantinople. However you want to slice this one (ha!), you can repurpose the tights and cape from last year’s Comic-Con, perhaps grabbing a banner from church for your battle standard. Don’t have a sword or shield lying around the house to complete the look? No problem. You can order them online from amazon.

Lots of people will be dressing up as Martin Luther this year, and every hero needs a nemesis. So why not give all those Luthers someone to talk to by dressing up as Pope Leo X? Judging from his bibliography, Luther would have made an excellent internet troll, as he was against a very many things and had a penchant for insults scatological and bestial. So we can take our cues for a pope costume from Luther’s writings against the infamous Leo. Use a brocade tablecloth or something similar to create your mantum (big ol’ cape). Now add a set of furry ass’s ears; some “cobweb trousers” (use your imagination); plenty of makeup to simulate various skin diseases, particularly of a venereal origin; and bring some toads for snacking on. Also, you’ll need a long, pointy devil’s tail and some devil horns to affix to your triregnum (fancy hat). Perfect for that neighborhood or workplace Halloween party with a mix of Catholics and Protestants. You can offend the Catholics and remind the Protestants that Luther had a potty mouth.

American Jesus
If you’re not in the mood for historical commemoration, rummage around in the closet and haul out your Fourth of July gear. Start with the standard Jesus-simulating bathrobe and sandals, then wrap yourself in a flag (stay standing now!), holster your side arm, and exhort everyone to honor the Second Commandment—I mean Amendment. If you’re not already blonde-haired and blue-eyed, you will need a flowing wig and some contacts. If you’re not white, forget it. Dress as a Saracen instead.

No doubt by now you’re dreaming up your own ideas to create horror and offense. As Luther might say, referring to flatulence: let ‘er rip!