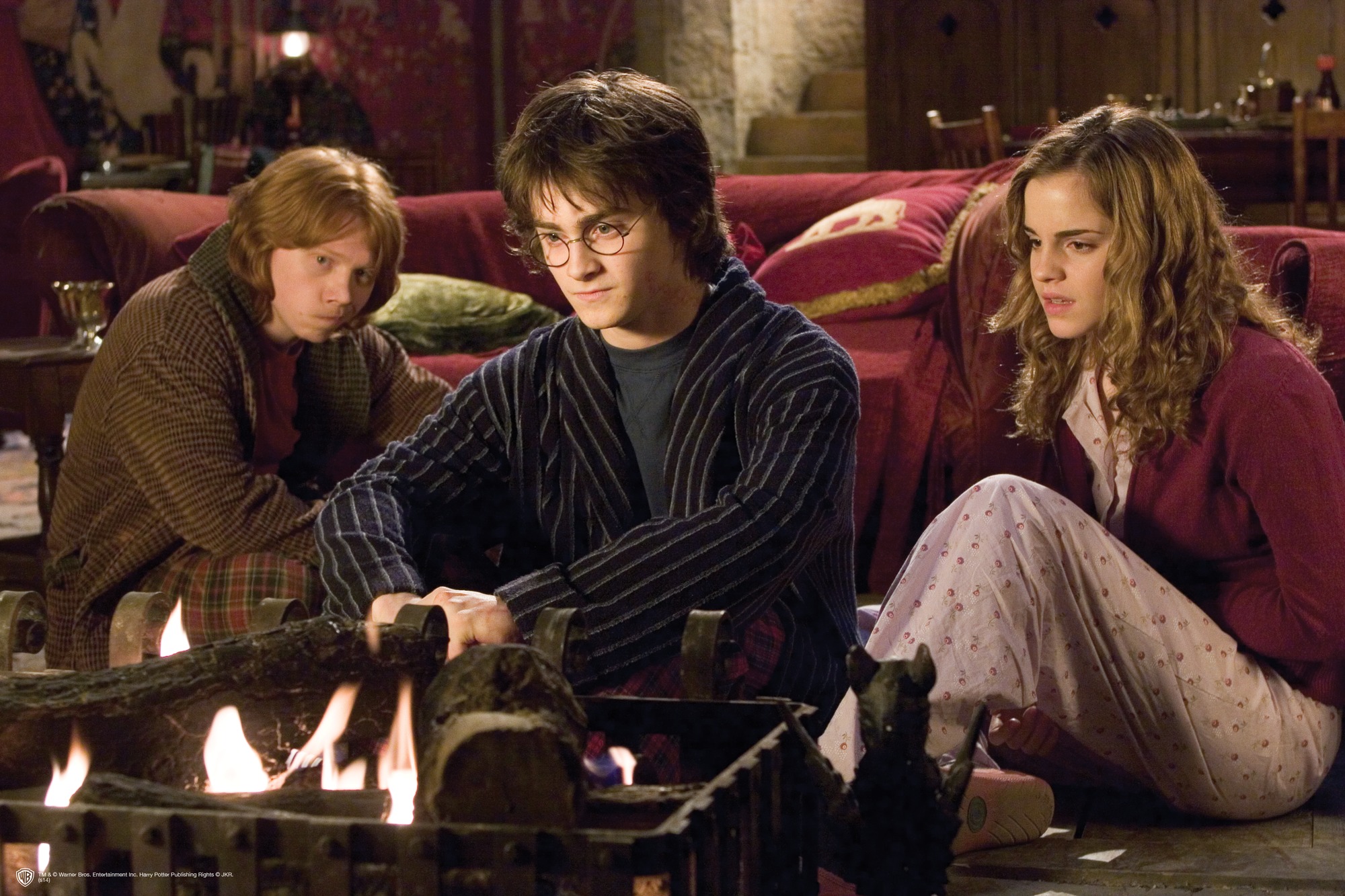 “I am so glad I’m not taking Divination anymore!”

Hermione had just come down from the girls’ dormitory into the Gryffindor common room. She plopped down into a squashy armchair next to Harry and Ron, looking thoroughly disgusted.

“Look at this,” she said, flipping open her laptop and clicking the tab for Divination. Since her family were muggles, she had adjusted more quickly to laptops and cell phones than most of the students from wizarding families. “See?” She pointed to the screen. “Leave it to Trelawney to come up with only one Student Learning Outcome: ‘Gain access to the inner eye.’ What is that supposed to mean?”

“Blimey, how should I know?” Ron scoffed. “We’ve never understood anything she’s ever said. Why should we start now?”

“I know, but at least she could try to adjust to the new requirements. I think it’s excellent that our teachers have to provide syllabi and learning goals now. But honestly, no way is this a SMART goal. How do you measure ‘access to the inner eye’?”

“Hermione, you’re taking this all too seriously.” Ron turned his attention back to his cell phone. He was playing Mountain Troll 2: Clash of Ghouls with evident relish. It was about all he had so far figured out how to do on the gadget.

“I reckon Trelawney could measure whether our predictions come true,” Harry offered. He and Ron sniggered. They had tried to complete Trelawney’s assignments since second year by predicting one another’s demise in ever more gruesome ways.

“Even if I thought Divination was a legitimate subject,” Hermione continued thoughtfully, “I wouldn’t expect to measure outcomes on an exam—after only a semester. But still, most of the teachers are trying to take assessment seriously. Look at Professor Binns, trying his best to flip the classroom, even after a hundred years of teaching!”

“I’ve been watching his lectures online.” Harry pointed to his own laptop.

“He’s not quite as hopelessly boring this way,” Harry observed, somewhat surprised to hear himself say it. “I can watch the lectures at double speed. Look.” Harry turned his laptop so that Ron could see Professor Binns gibbering in a high-speed voice. Since Professor Binns was a ghost, the new classroom cameras could barely pick up his image. It was like watching smoke wiggle.

“What do you do during class then?” Colin Creevy had sidled over to Harry, Ron, and Hermione, hoping to join their conversation.

“Uh… break into groups and … I dunno,” Harry mused. “Mostly we talk about quidditch.”

Hermione gave them both a look that made it clear she did not approve of their classroom behavior. “Well, Professor Binns probably just needs more time to adjust. Anyway, I like the new concurrent enrollment agreements. I’m taking Arithmancy online now through Beauxbatons. They have a pretty incredible MOOC catalog. I don’t even need a time turner anymore.”

The portrait swung open and Fred and George came through, followed by Lee Jordan and Parvati Patil. They looked oddly well dressed and groomed.

“Well, where have you been?” called Ginny from the corner, where she was working intently at a rickety table, tapping away at her laptop.

“Photo shoot,” Fred answered, dropping his school bag in a chair. His bag actually had books in it for once rather than the usual assortment of dungbombs and puking pastilles.

“Brochure? Since when does Hogwarts have a brochure?” Ron wondered.

“Since we need to court donors,” Fred replied, flopping into a squashy chair by the fire.

“Hogwarts has to raise money now that the house elves have unionized,” George explained. “The education of wizarding youth costs more galleons than it used to, you know.”

Everyone looked accusingly at Hermione. Her efforts to improve the lives of house elves through S.P.E.W. had resulted in some unforeseen consequences.

“Well, the quidditch team is doing their share,” remarked Ginny, trying to cover the awkward moment. “Now that they’ve built a luxury box on the quidditch stadium, we’re bringing in loads of cash at every game—Hey! I’ve got it!”

Fred and George crossed the room, stepping on chairs and tables to get to Ginny. They peered for a moment at her laptop screen. “Whoa, way to go! Nice work!”

“What? What is it?” Harry, Ron, and Hermione hurried over to take a look.

“I hacked into the Restricted Section of the library,” Ginny explained. “Now that all the books are digitized, it’s easier to get access to the good stuff. Look: Moste Potente Potions, free for the people!”

Murmurs of “You’re a genius” and “Wow” rose from the group.

Hermione glanced at Harry, who wondered if she was thinking the same thing he was. If the library was digitized, and they could hack into it, there would be no more need to sneak around at night to research advanced magic so they could solve impossible dilemmas and save the school. No more need for the invisibility cloak, really. He might as well tuck it away in his trunk for good. The way things were going, as long as there was wireless in the common room, they could get into all the trouble they wanted right there. All they would need was a laptop and a bit of code. He wasn’t sure whether to feel liberated… or somehow useless.

“Why did they digitize the entire library, anyway?” Harry wondered aloud. He knew the project had provided a few more internships for the new student internship requirement. The retail jobs that the shops in Hogsmeade could offer hardly gave every sixth-year a chance to fulfill the requirement. But still, digitizing the library seemed like a lot of effort, and considering the smell of some of the books and the bites of others, maybe dangerous.

“They had to,” remarked Hermione, with a little sadness in her voice. “We have to meet international wizarding-school standards now. Because of…”—she paused, as if she were about to say a bad word—“because of accreditation.”

“How do you know this stuff,” Ron huffed.

Ron rolled his eyes and changed the subject. “Harry, let’s watch those YouTube video demos so we can practice disapparating.”

“Honestly, Ron.” She grabbed his phone and punched at it with her finger for a few minutes while he looked perplexedly at Harry.

“There. Look. I just downloaded the Hogwarts: A History ap to your phone. Now maybe you will remember that you cannot disapparate inside Hogwarts grounds.”