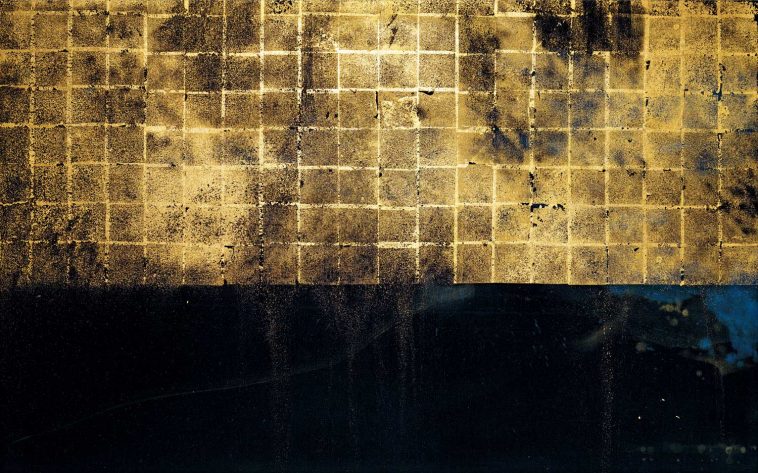 Art and Healing Trauma: The Church Should Lead the Way

Once again the Calvin Institute of Christian Worship has spread a banquet feast of inspiration at the annual Worship Symposium (annual! hard to imagine how they do this every year). I had the joy on Thursday of hosting a conversation between Makoto Fujimura and Bruce Herman, two artists engaged in “culture care,” a commitment to promoting the work of healing culture through art-making.

Here are some highlights from their conversation.

Collaboration invites artists to go deeper.
The starting point of the session was Bruce and Mako’s collaboration on a project called Qu4rtets, in which the two painters worked together to create paintings in response to T. S. Eliot’s great poem The Four Quartets. Thanks to the generous support of patron Walter Hansen, the project engaged the two visual artists as well as composer Christopher Theofanidis and theologian Jeremy Begbie. Theofanidis, who composed a string quintet reflecting on the poem and the paintings, remarked that working together enabled them to go “as deep as we’ve gone” as artists.

Art is a healthy and powerful way to respond to trauma.
Both Mako and Bruce were drawn (separately) to Eliot’s poem through experiences of trauma in their own lives. Bruce’s home burned down in 1997, destroying twenty years of his work. Mako was present near Ground Zero on 9/11. Because Eliot’s poem laments the traumas of the early twentieth century, most especially two world wars, both artists have found solace for many years in Eliot’s words, which invite us to dwell deeply in grief and faith at once.

It became clear that trauma, both personal and public, weighed heavily on the people gathered in the room Thursday and within the churches we all represent. Yet we feel ill-equipped to hold these experiences with tenderness. We often do not know how to give grief and lament the space and time they require. However, painting, sculpture, music, dance and other forms can express unutterable emotion, create space for reflection, and provide healing. Art can help us do the “Holy Saturday” work of acknowledging the darkness, opening a space to respond with and beyond words.

The topics of violence and betrayal came up because Mako was involved as a consultant in the making of the recently released film Silence, directed by Martin Scorsese and based on the 1966 novel by Shusaku Endo. The novel, written out of the aftermath of Hiroshima and Nagasaki, looks back into the history of Japanese trauma to the seventeenth century, a period of brutal persecution of Christians in Japan. The novel and film do not focus on heroic Christian martyrs, but on those who failed, those who, to spare others and themselves from unspeakable tortures, apostatized and betrayed their faith. The story forces readers and viewers to grapple with the cross at the heart of Christianity as a symbol of futility and failure. “At the heart of our faith is a disaster,” remarked Mako. Christianity meets us in our failures and betrayals and offers us a crucified Lord.

Evidently, the film’s lead actors—Andrew Garfield, Adam Driver, and Liam Neeson—all testify to transformative experiences while making the film. Scorsese, as Mako put it, was “transfigured.”

Nevertheless, the film is not doing especially well in the U.S. Critics acknowledge that it is a masterpiece though a difficult one. The less enthused find it tedious and too violent. Box office returns have been meager. (Yes, we remarked on the irony of its “failure.”) Mako believes the film will do better in Japan, where Endo has long had a loyal following and where themes of hiddenness and sorrow resonate with Japanese sensibilities. Could it be that the Japanese will help American Christians let go of our tendency to idolize power, success, and victory, even within the faith? “It is possible,” remarked Mako, “that God has hidden part of the Gospel in Japan.”

Art is not a luxury or an afterthought.
When we turned to the subject of art in worship and in church life, Bruce and Mako both gave rousing theological defenses for making as fundamental to human nature. Bruce did a riff on Augustine: “God is a maker, we are makers, our hearts are restless till we make like thee.” Mako reflected that God created out of love (not any sort of necessity) and we, made in God’s image, are invited to co-create with God out of that same love.

Churches should be leading the way in supporting the arts.
In response to the news that the new president’s proposed budget includes cutting the National Endowment for the Arts, Mako urged us to think about the numbers. That’s only $300 million (for both NEA and NEH). If all churches would commit only one percent of their annual budgets to supporting art-making within their congregations, through Christian arts groups, or in other ways, the amount of money committed to art would blow that small number away. Why are we not doing this?

He also urged us not to ghettoize the arts, either in churches or educational institutions, but to integrate the arts throughout our spaces and activities. Put a black-box theater in the business department. Send the visual artists over to work among the engineering department students. Get the worship team together with the musicians and visual artists at church. Set some collaborative projects going. Draw those quiet artists out of their hiding places and give them a role. “Artists don’t need special attention,” Mako urged. “They just need to be put to work.”

And make this a long-term commitment. One audience member asked how to make artists feel “safe” in churches. Well, that’s tough, as art requires vulnerability, which always comes at a price. But here’s where we need a different way of thinking about failure. Celebrate the failures, too, as part of the process. And if art becomes a long-term way of life in a church, then the artists will be more likely to gain the courage they need to bless. Meanwhile, the process of art-making helps heal and raise all other aspects of church life. After one artist described how she surprised herself when one of her fiber-art projects turned out to be full of knots, Mako encouraged her to follow her instincts and see where her work led others. “Sermons will be better,” declared Mako, “because of your knots.”

After this session, I was inspired to ponder further the church’s responsibility to bring artistic responses into a kind of generative collision with the particular crises of our day. Here is the line I’ll be pondering most: “Beauty and mercy are useless to this society but essential to the church.”

Later I will post here a link to a conversation with Makoto Fujimura and me, recorded on January 27, for the Western Theological Seminary Luxcast.