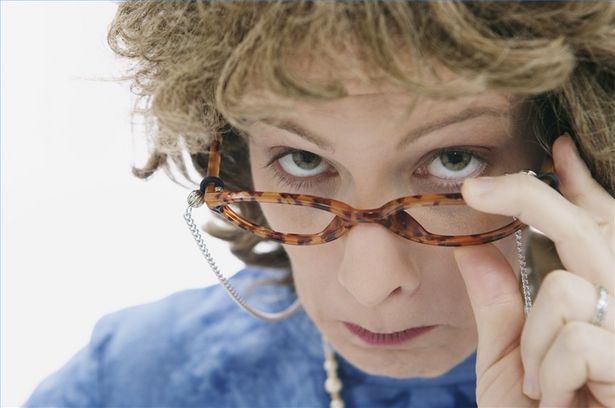 I’m sure you’ve heard the news about the primary results in Virginia’s Seventh Congressional District, in which Tea Party upstart Dave Brat beat Republican House Majority Leader Eric Cantor. You may even have heard that Brat is a Hope College alum. However, in case you missed the particular response to this curious bit of American political culture on Esquire magazine’s The Politics Blog, written by Charles P. Pierce, I need to share it with you so we can all enjoy a good laugh.

Pierce’s analysis is unsurprisingly critical of Brat and the Tea Party, mostly because of the Tea Party’s apparent disdain for any sort of functioning government. But in attempting to explain why Brat is such a nutcase (I’m paraphrasing Pierce here), Pierce attempts to sum up Brat’s religious background. Here’s what Pierce says:

Brat seems a very bad combination of serious religious quester and devout Randian economist, a combination that would have had Ms. Rand herself reaching for the opium pipe. He got his undergraduate degree at Hope College in Michigan, which is run by the Reformed Church in the United States, a conservative evangelical wing of the United Church Of Christ. He then got a Masters in Divinity at Princeton, which is a very conservative seminary and now, according to his website, Dave attends St. Mary’s Catholic Church with his wife Laura and their two children: Jonathan, 15 and Sophia, 11. So either he’s a Douthatian convert, god help us, or his faith is all over the lot, which may account for his rather startling announcement last night that he won because God was speaking through the voters of the Seventh Congressional District of the Commonwealth of Virginia.

I don’t know where to start here with the requisite laughing and crying. All right, let’s start with laughing. How can you get the facts so very, very wrong, Mr. Pierce? Hope College is run by what, which is a wing of what?? And Princeton Sem is very conservative—what? Hoo boy.

Fortunately, after some initial confusion in the comments (read them—they’re interesting), some people, including another Hope alum, gently corrected these howlers. One person remarked, quite fairly: “understanding American Protestantism and its history: NOT easy.” Granted. But come on! All you need to do, Esquire, is send an intern to the Hope College website to get the affiliation right. Then click around a bit on Princeton Sem’s website and you can easily do better than “very conservative.” We don’t expect you to fathom the subtleties of our multitudinous Reformed American denominations, but give us fifteen minutes’ research, for crying out loud. Sheesh.

Now for some crying. I’m not interested in musing on Virginia politics, or on Dave Brat or Eric Cantor specifically. But I do share Pierce’s dismay, and that of many other commentators, at the astonishing intellectual inconsistency of some of these Tea Party folk. Many of the other entries in the comments section on Pierce’s piece rightly question how anyone who is a Christian can claim to be willingly influenced (as Brat says he is) by Ayn Rand. (In Brat’s case, he also claims Karl Barth, John Calvin, and Reinhold Niebuhr as influences. Really? Because if you were…then how can…??) I would like to see an historically informed analysis, perhaps by one of The Twelve’s own Bratts (Jim and Jessica get first dibs on this topic, for obvious reasons), on how Ayn Rand and Jesus can sit side by side in so many American political hearts. I just don’t get it. At all.

Here’s another thing to cry about. “Media elites” like Charlie Pierce—whom I appreciate, by the way, on the radio quiz show Wait Wait … Don’t Tell Me—can get away with assuming that any religious politician they deem nutty or ignorant is so because of his or her religion. I would like to protest that Dave Brat’s … uh… let’s call it “worldview confusion” must have happened despite his Hope College and Princeton Seminary sojourns, not because of them. As one commenter suggested, Brat “seems to be a religious ‘free agent’”—or perhaps I might call him and others like him “spinoffs” from our Reformed institutions. I’d like to protest that Mr. Brat does not represent Reformed thinking or subculture. But I know better than to insist on that. The fact is, Reformed subculture is hardly monolithic, and there are plenty of Reformed people who would eagerly dissociate themselves from Brat, and plenty of others who would gladly vote for him.

So with that in mind, we can allow Pierce a little slack for his confusion about American Protestants. As I thought about all this further, though, I realized something about people who work in national media. They have no idea who we are, we people who call ourselves Reformed, but we are watching them. We consume the products of national media, but the creators of these media products (with the tiniest few exceptions) are not reading the Heidelberg or the CRCNA website or The Twelve or—Lord have mercy—The Acts of Synod. We are watching them, but they are not watching us.

This puts us in an interesting position, doesn’t it? One of the things I’ve always appreciated about being Reformed is the default skepticism that can come with being a tiny minority, especially one with a lingering immigrant sensibility. I was taught to “engage culture” but I was also taught to “discern,” which means regarding the principles, practices, and idols of the majority culture—anything really—with arms crossed and an attitude of “Well, we’ll see.” Often this results in countercultural critique and resistance. “Individualism is an unalloyed good,” says the popular culture. “Excuse me, but you belong to the body of Christ,” says Reformed theology. “Follow your dreams,” says the popular culture. “Excuse me, but you should be seeking God’s will,” says Reformed piety. Always the testing—against Scripture, the catechism, practices of worship and prayer, theological principles. And when things get really confusing, we used to trust no one but Reformed scholars to sort through the question and (at long last) issue a report. Or several reports. Close-minded? Sometimes.

But have we now traded default skepticism and isolationism for promiscuous gullibility? It’s difficult enough not to be taken in by “worldliness,” as our grandparents warned. We know to discern the spirits when encountering ideas or practices from clearly non-Christian sources. (Or do we? How is Ayn Rand slipping through the cracks for some people then?) But it’s even more difficult not to be taken in by people who claim to be speaking for Christian principles but in fact understand Christianity only in the vaguest of terms or not at all, or who seem to be rather confused, or who have capitulated to prejudice, greed, selfishness, or other more subtle powers, all while claiming the moral high ground. This is the same problem raised recently in Steve Mathonnet-VanderWell’s recent post on moral and political reasoning related to Obamacare, and in Branson Parler’s guest post (and the interesting responses to it) on bloggers and other Christian influencers who lack training and accountability and as a result wind up promoting (and profiting from) what can only be called heresy.

Another of the commenters, after correcting Pierce’s mistakes about the affiliations of Hope and Princeton, wrote: “With such outrageous errors of fact on these counts, why should I give credence to anything else written here?” Exactly. Even professional media is full of error, bluster, foolishness, ignorance, and inconsistency. This includes the sources that some look to as reliable guidance for their Christian walk—and their voting. I long for a little of that old grumpy, stubborn Reformed skepticism. I would like to see Reformed people get their skeptical dander back up, demanding more consistent and rigorous theological analysis of ideas and practices that claim our approval in the name of Christian brand loyalty: “test everything, hold fast to what is good.” A tall order, but isn’t that what we do?