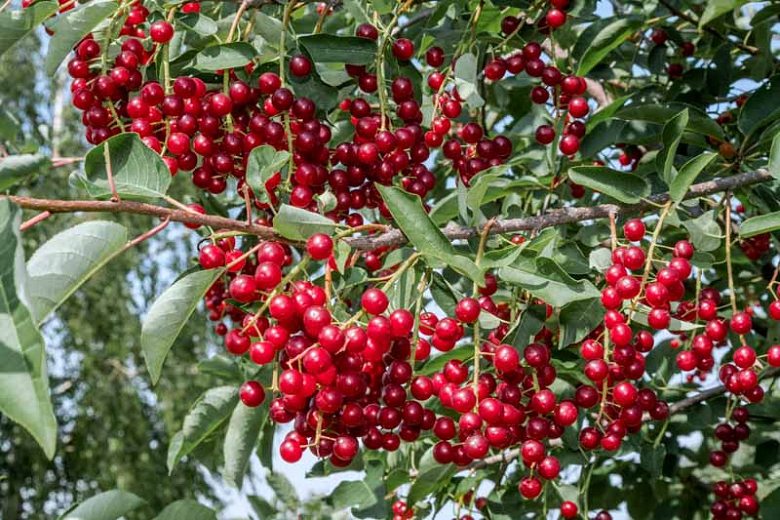 When it comes to communing with other creatures, I’m not a very promising candidate. I talk to plants all the time, encouraging my flowers to grow, giving a “hey” to the trees in our yard, saying hello to the birds. These days I’m on species-name terms with most of my avian and photosynthesizing neighbors. The other day, I improvised a clever, chicken-wire enclosure for a young chokecherry, assuring the poor thing as I worked that those nibbly rabbits would not be bothering it anymore.

My chatter is mostly for my own amusement. I don’t exactly expect the shrubs to respond. The birds make quite a ruckus, of course, but I doubt they’re talking to me. Our dog, Maizey, has a lot to say, but that’s only because everyone in the family speaks for her, repeating her “favorite” catch phrases as the occasion demands.

Any dog or cat lover will tell you that every pet has a “personality,” a little spirit of its own. According to people who know a lot more about animals than I do, the same goes for horses, goats, cockatoos, and even wallabies and lynxes at the zoo. I imagine it’s harder to discern “personality” for, say, a wasp or termite. But the more we learn about our fellow creatures, the more we marvel at their surprising intelligences and abilities. Apes have complex societies and can learn basic language skills. Salmon find their way back to spawning rivers. An octopus can open a jar, escape a holding tank, and express affection or dislike for particular humans. Bees navigate through smell and an internal sun compass, and they communicate locations by dance moves.

What are the implications of these observations? Questions of what more-than-human creatures are worth, what they mean, what is their ultimate value—these questions become more urgent as the species extinction crisis accelerates. The most recent, rigorous data from the International Union for Conservation of Nature and Natural Resources classifies as threatened species—which includes anything from “vulnerable” to “critically endangered”—41% of amphibians, 36% of reptiles, 34% of conifers, 33% of reef-forming corals, 26% of mammals, 14% of birds. Those are just a few categories. Happily, it looks as if octopuses and squids are doing all right, with only 1.5% threatened.

Biodiversity loss is a grave concern, of course, for human survival: human life depends on the whole web of life on this planet. But should we care in particular about losing the Kirtland’s warbler or the right whale or the American chestnut for reasons besides our own survival, convenience, or pleasure? For me as for most people, it’s easier to get worked up about the loss of “charismatic megafauna” like elephants and polar bears. Or megaflora like the hemlock. They’re so beautiful and fascinating! Less easy to get worked up when we’re talking about some horrid, swarming insect. But my feelings of aesthetic delight or disgust should hardly be relevant to the deeper question: What is the value of other creatures apart from usefulness or appeal to us?

I was surprised to discover that thinkers the likes of Paul Tillich and Martin Buber spent serious philosophical effort on the question of whether a person could commune with a tree. They reasoned that humans are persons—obviously. God is three-persons-in-one. We know we can connect with other persons, though admittedly it is often difficult. But is a tree a person, they wondered? And is that what it takes for relationship: personhood? Buber famously proposed that we can have I-Thou relationships or I-It relationships. When we have I-It relationships with other people, or with anything else, that opens the door to exploitation of that person or thing. Tillich’s solution to what might be called the “it-problem” is “hyperpersonalism.” The idea, as I understand it, is that God is the Ground of Being, and all things participate in that being. Therefore, personhood is not the only measure of value. It’s not necessary to imagine that every beetle and mushroom is a person, only that “it” has value simply in its unique being-ness.

I wonder what it will take for Christians, especially affluent Western Christians, to reckon fully with the value of other-being-ness. Maybe most of us are beyond the worst of post-Enlightenment dualism, beyond dominion-as-domination, beyond notions of a mechanistic universe. Maybe we speak easily of “creation care” and “stewardship.” But I wonder how much we are still regarding plants, animals, lakes, rivers, as resources or objects and not as… beings.

It matters. Because when push comes to ecological shove, on what basis would we consider the needs of anything other than humans? Robert Macfarlane wrote recently in The Guardian about the “rights of nature” movement, in which entities such as Lake Erie are granted legal rights “to exist, flourish, and naturally evolve.” Rights-of-nature defenses are being used around the world, including in Ecuador, Bolivia, and even in Toledo, Ohio. It’s a last-ditch strategy, when other strategies for protection fail to stand up against powerful corporate interests or individual property rights. Granting a lake “rights” is hardly a perfect solution, though, as Macfarlane points out. Among other problems, it poses numerous philosophical category errors.

But categories are the problem already. Botanist and member of the Citizen Potawatomi Nation Robin Wall Kimmerer, in her famous essay “Learning the Grammar of Animacy,” describes how the Potawatomi language has different pronouns for animate and inanimate things—but animate things include rocks and bays and fire and mountains, not just people, plants, and animals. In fact, her ancestral language has a far greater percentage of verbs than English does. English is a noun-heavy language. A lot of things are things, and we call them “it.” Our grammar itself infects us with an “I-It” problem.

According to Randy Woodley, a Christian pastor and Keetoowah Cherokee, indigenous peoples the world over have managed to resist post-Enlightenment spirit/matter dualism. They retain a sense of an in-spirited world. It’s not pantheism; it’s just a way of recognizing that everything has its own valid way of being. Indigenous Americans might use terms like “maple nation” or “beaver nation” as a way of teaching that maples and beavers have lives, societies, ways of being in the world that are different from humans but also significant.

Those lives and societies are becoming more legible to us. In an interview, novelist Richard Powers explained that he wrote his beautiful novel The Overstory as a way of responding to the new science about the “wood wide web.” These forest societies we have only begun to understand are profoundly alien to human ways of being, yet we live together on this planet with trees and depend on each other. What would it look like, Powers wondered, to write a novel in which humans were not the central characters? What if trees were the main characters? It sounds like a terrible idea, but (as fellow Twelver Allison noted earlier this week–also this), Powers turned it into a masterwork. As the human stories in the novel unfold, we begin to sense the subtle, coalescing agency of the trees. Are the trees asking for help? Are the trees offering their help? Powers has managed to create a novel in which trees seem to be calling to the human characters across the species divide, patiently encroaching with their millennia of wisdom, embodied in a different form of being.

If, as Tillich observed, all things derive their being from God, why would we be surprised if the trees start communicating with us in their tree-like ways? All creation groans, says Paul in Romans, including us, and the Spirit groans with us. Why should we be surprised if we sense one another’s groaning—or one another’s rejoicing? The Bible is full of passages in the Psalms and in Job where hills and trees and leviathans and mountain goats exult in life itself, and where God rejoices in the creatures entirely apart from human concerns. The Bible is also full of passages like Isaiah 55, where God promises a redemption that includes, in the same divine breath, justice among humans and rejoicing among the hills and trees. Shalom interweaves it all together. The leaves of the tree are for the healing of the nations.

I think it’s marvelous that for every class of creatures on earth, there are people who study them with loving and fierce attention, and then share their knowledge. Moths, for example. They may annoy you by banging against lights on a summer night, but they are absolutely vital to plants and birds. And quite wonderful. Have you ever heard of the spun-glass caterpillar, for example? It looks exactly like glass. Don’t touch, though! The barbs sting and cause “raging dermatitis.” These weird little crystals eat swamp oak leaves, then transform into “plain, brown moths.”

As far as whispering goes, I’d rather start with plants than with moth larvae. And I have to say, my little chokecherry is looking much happier, now that the bunnies have stopped chomping on it. Maybe, with its perkier leaves, it’s telling me thank you. Not sure, as I’m not a shrub whisperer yet. I’m assuming, though, that with attention and practice, I can at least become more attuned to the unique being-ness of the more-than-human creatures. Whether or not more-than-human creatures have souls or can be called persons seem to me distracting and unnecessary questions. They have being, and they are marvelous. God sustains and delights in their being. That is enough.

Thanks to Lutheran theologian H. Paul Santmire for a helpful summary of Tillich and Buber in Chapter 5 of Nature Reborn: The Ecological and Cosmic Promise of Christian Theology (Fortress, 2000).