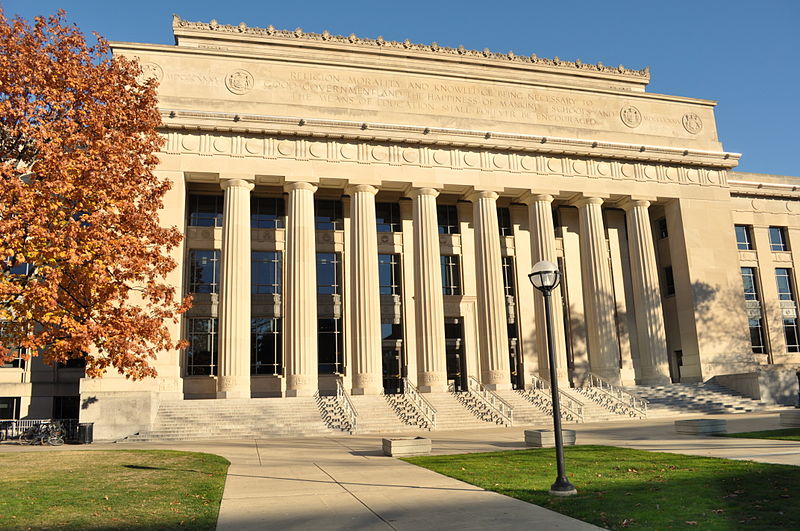 Books lying around the house are never safe from my readerly omnivory.  So naturally I grabbed up the book my husband received from his brother this Christmas: Three and Out: Rich Rodriguez and the Michigan Wolverines in the Crucible of College Football by John U. Bacon.

This is a serious, engagingly written book, and I spent a happy couple hours with it the other morning. That’s right, you skeptics: this geeky English professor contentedly nibbled on a book about football.

And why not? I enjoy watching college football on fall Saturdays, I’m a Michigan alum, and—most relevantly—I make my living in higher education. Not only that, but a Calvin College task force has been at work for months trying to decide whether we should launch a football program, so the subject is on my mind. Besides, the story of Rich-Rod’s celebrated arrival at and humiliating departure from Michigan makes for quite the drama.

Most fascinating to me, though, were the opening historical chapters on the uneasy marriage between higher education and football—which goes back, it turns out, to the nineteenth century. By 1905, the University of Michigan’s president, James B. Angell, called a meeting of Big Ten presidents to discuss the “problem” of football—the way it distracted from the educational mission of the institutions. Bacon recounts the discussion even-handedly, remarking that Angell was not perceiving how football served as a useful marketing tactic for institutions of higher learning:

If the University of Chicago’s new president saw football’s unparalleled ability to market a private school to the public, Michigan’s [president] failed to see its value in pitching his public school to the taxpayers, who picked up over 90 percent of the budget until the 1960s, missing the point that for many Michiganders, there were few other reasons to support the state school. Football, then and now, serves as the front porch for most schools, the one place on campus where everyone feels welcome.

OK, fair enough. I get that. I can see how football allows “the public” to care about a university they otherwise would not see as relevant to them. I was ready to concede this point. But then Bacon reports what two other coaches remarked about the matter:

As Notre Dame coach Frank Leahy said, “A school without football is in danger of deteriorating into a medieval study hall.” To which Bear Bryant added, “It’s kind of hard to rally around a math class.”

Exactly. It’s hard to rally around a math class.

But wait a minute. We should get riled up about math class. And what’s wrong with a study hall, medieval or otherwise? Colleges exist to… what is it called again? Oh yeah, educate. Right. So math is at the center of what they do. And science and history and literature and art and sociology. If “the public” is not excited about that, then what is the best course of action? Give ‘em football? Or market math class more effectively?

I know that the PR people at my college do their darnedest every day to tell the exciting story of higher education: the junior with promise as a world-class tenor, the faculty member with a national poetry prize, the business student who won a start-up grant, the chemistry prof who involves undergrads in her research. And I noticed during the Michigan basketball broadcast this week that every fourth ad celebrated similarly exciting education-related activities at Big Ten universities. We’re trying, we really are. But alas, people don’t hang Michigan ornaments on their trees or fly Michigan flags because they are proud of the U’s biology classes.

So what is it about football that gets the public viscerally engaged where math and history fail to rally? The competition? All right then, what if we made math more competitive? Dressed up our “mathletes” in school colors and sent them to national competitions? There are such things, of course. In fact, we are competing in math and science, as a nation, against the rest of the world—especially Asia—and at the moment we are losing. Maybe we could get the public more excited about this serious global competitiveness issue if we broadcast Big Ten brainiac competitions on ESPN in three-hour doses, complete with silver-tongued commentators and obsessive post-match analysis. And don’t tell me that regular people wouldn’t understand the complexity. Have you ever entered the byzantine labyrinth of esoteric knowledge that is Mgoblog’s “Upon Further Review” feature?

I admit, math competitions do not feature the archetypal trigger of physical combat between rival tribes. You need blows to the head for that, and sweaty young men, preferably in tight pants. Well, come to think of it, we could arrange that, even in math.

Maybe the way to “market” higher education, though, is not to capitulate so easily to tribal competition as the ultimate loyalty-builder and donor-inspirer. I like sports, I appreciate the beauty and accomplishment of athletic skills, but I still believe that what we have to sell is education: young people studying what our messed-up species has accomplished and learned over many centuries—in math, science, literature, art, history, the social sciences, all of it. Young people living into the noblest things human beings can think and do. Young people shouldering their youthful energy into informed and committed service, seeking a way for all of us to go forward.

If our front porch looks like a raucous, pom-pom-waving crowd–however “welcoming” to everyone–then we’re missing the point and the opportunity. I vote for a front porch that looks more like the majestic columns gracing Angell Hall in Ann Arbor, the hall named after that old curmudgeon who wanted education to be the heart and soul of college life.