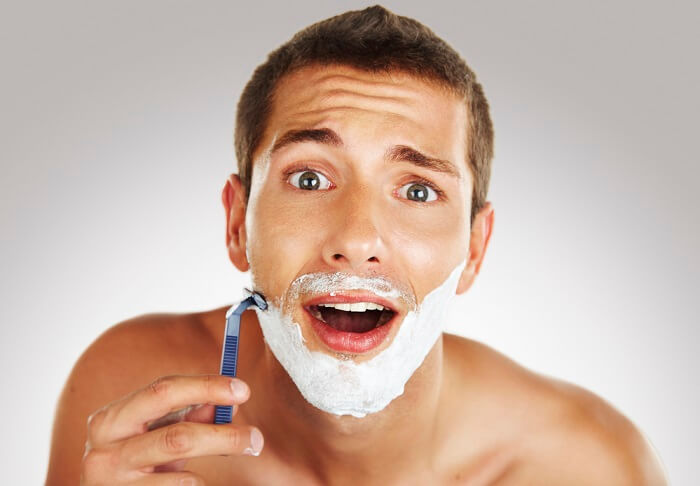 On Shaving and Shaming

Earlier this week, Gillette dropped a new advertisement called “We Believe: The Best Men Can Be.” Well, you would think they had dropped a match in a puddle of gasoline.

Using all the slick production values a $17 billion corporation can muster—including a lush musical score and portentous voiceover—the ad directly affirms the #metoo movement. Scenes of men engaged in bullying and harassment culminate in a line of straight-faced guys stationed at backyard grills intoning “boys will be boys.” The ad then pivots with a brief snippet of a #metoo news reports. Voiceover: “But then, something changed. And there will be no going back. Because we? We believe in the best in men.” Next we see scenes of men intervening in bullying, breaking up two little kids fighting, and shutting down catcalling. “Not cool,” says a guy, as he holds his friend back from chasing after a woman on the street.

Is it heavy-handed? Is it preachy? Sure. I mean, it’s got a title and everything.

Personally, though, I’m pleased to see it. You go, Gillette! Of course, not everyone feels that way. Some people are so incensed that they’re tweeting photos of their Gillette razors tossed into the toilet. [Note: don’t do this. You can’t flush a razor, so you are just going to have to fish it out again. Gross.]

Some men: You’re attacking masculinity! I’ll never buy your products again!
Other men: No, I think they’re just saying that men shouldn’t be a**holes.
Women: Thanks for asking men to hold other men accountable. We’re tired of doing all the accountability work here.

One objection to the ad, according to online comments and tweets, is that ads shouldn’t tell us what to do, they should just tell us about the products.

Sorry, but that is laughable. Ads are never just about the product. They draw on “social imaginaries” to trigger our desires and fantasies. They have always told us what to do, what to want, how to be. In a thirty-second ad, a husband surprises his wife with matching, gargantuan, GMC trucks, parked in the driveway of their splendidly stylish mansion. “I love it,” she says, jumping into the black truck. The husband is charmingly chagrined because the black one was supposed to be for him, the red one for her. This ad has no preachy voiceover, but it’s still meant to shape our values. We should aspire, it implies, to wealth, power, and freedom—all embodied in that home and those trucks.

Ads have always engaged in behavior norming, including gender behavior norming. Gillette, in this case, is just surfacing the usual implicit norming function of advertising, making it explicit.

It’s worth wondering why. One possible answer: profits. I don’t imagine that the ad is purely a gesture of moral altruism. No doubt it was heavily focus-grouped and based on extensive market research. Markets can be effective listening devices, and Gillette seems to have made its calculation about where the country is heading. A sufficient majority of our market, they have concluded, is moving toward disapproving of “boys will be boys.” Gillette wants their products out there on the horizon, where we’re headed. Apparently, their calculation is proving correct already.

Still, the objection that ads shouldn’t preach raises another question. Why get preachy now? Have we reached a place in American cultural life where the institutions of supposed authority have failed so utterly in upholding a common denominator of decent values that corporations feel they have to step in to become our moral teachers?

We’re supposed to learn values from our families, schools, churches. But when we look for models of admirable manhood, for example, in public life, what do we see in many of our male political leaders or church leaders? It’s painful to ponder.

The main objection to the ad—that it attacks masculinity—is easily answered. A criticism of toxic masculinity is not a criticism of masculinity. If you feel shamed by a shaving company, well, the ad is a call to self-reflection. Note all the shots of men looking in the mirror. The ad asks men to monitor their own behavior, hold other men accountable, use privilege wisely (as Kirsten Powers observes). And think of the children. The final shots depict a series of diverse young boys’ faces—and they’re all looking at you, man.

So exactly where is the line between “toxic masculinity” and masculinity in general? For a fair-minded and sensible consideration of that question, I suggest this article by Thomas B. Edsall of the New York Times, responding to the guidelines recently released by the American Psychological Association for working with men and boys. Edsall’s main point in the article is that Americans’ views on masculinity fall along political lines in rather fascinating (and not entirely logical) ways.

While examining some of the objections to and defenses of the APA guidelines, Edsall requests comments from a variety of experts, and what emerges along the way is a kind of masculinity sorting scheme. Some qualities typically associated with masculinity are “toxic” and damaging to men as well as women. Other qualities, however, add up to what we might call “noble masculinity.” Harvard psychology professor Steven Pinker observes:

“One could argue that what today’s men need is more encouragement to enhance one side of the masculine virtues — the dignity, responsibility, self-control, and self-reliance — while inhibiting others, such as machismo, violence, and drive for dominance.”

As I read the more reasoned reconsiderations of masculinity in America, many from entirely secular thinkers such as Pinker, I’m struck by how consonant “noble masculinity” is with any good list of Christian virtues. It’s puzzling to me how some Christians hold so tightly to gender essentialism when Christian virtues aren’t gendered at all. The fruits of the Spirit are love, joy, peace, patience, kindness, goodness, faithfulness, gentleness, self-control. Love is patient and kind, not arrogant or boastful. Love does not delight in evil but rejoices in the right. The seven heavenly virtues are faith, hope, charity, fortitude, justice, temperance, prudence. Men and women may, on average, fight somewhat different demons on the way to those virtues, but our destination is the same.

I’m grateful for those people who are calling the church to account where it has tolerated, protected, and even promoted distorted masculinity. We ought to have a much clearer picture of what redeemed humanity looks like than a shaving products company does. Do we?