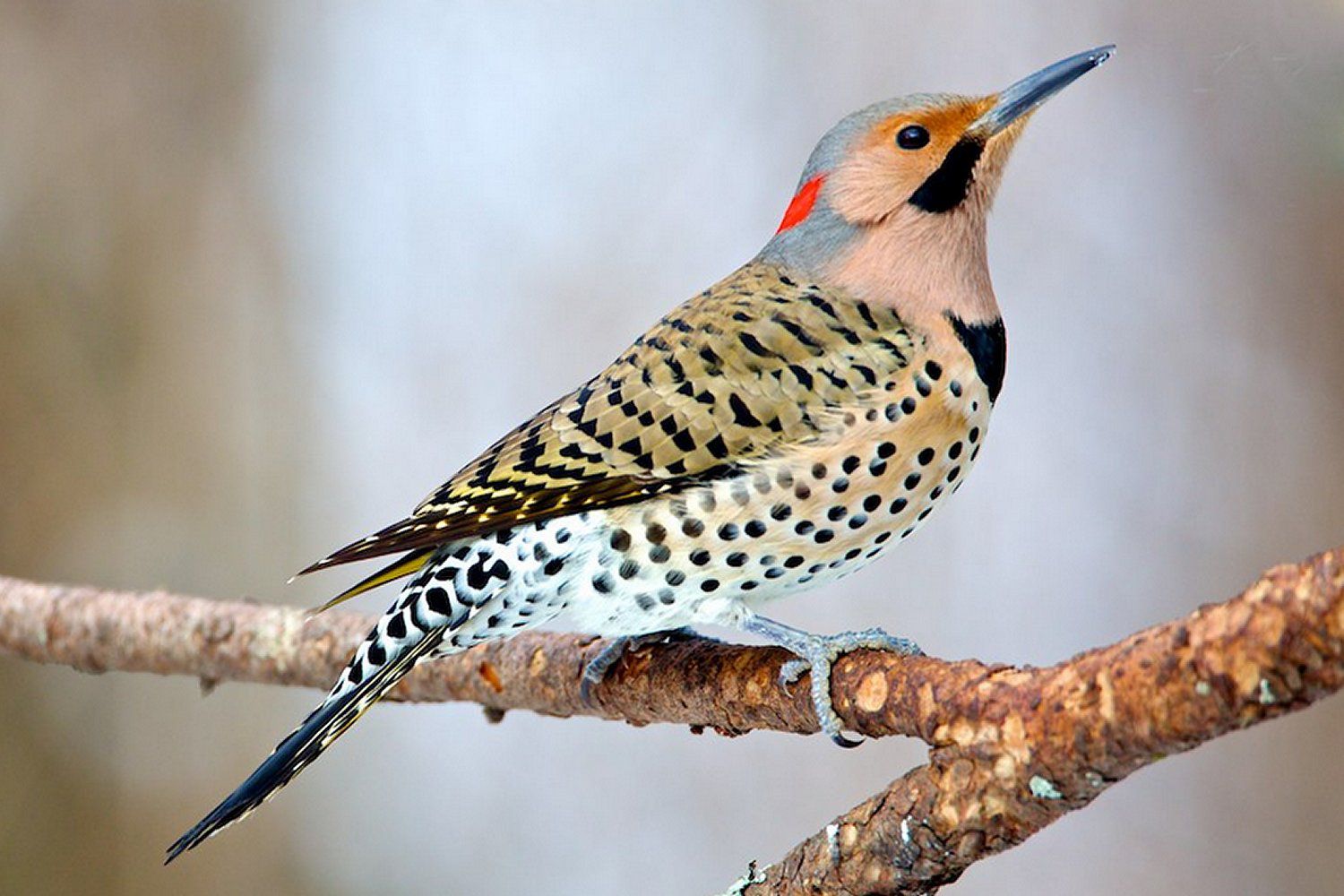 Tired of circling my own block or the college campus again and again on my sanity-preserving walks, I invited my daughter to go with me for a short birding expedition to a park across town. The Highlands is right off Leonard Street, nearly directly across from the street where I grew up. As I remember it, The Highlands was a golf course, but I only ever saw it from a distance—as far as I knew it was only accessible to an exclusive clientele. My friend Amy’s family were members, la dee da. But I never set foot on it.

Now it’s a public nature preserve. The golf course owners eventually succumbed to the inevitable and sold the land to developers who wanted to build condos. In 2017, the Land Conservancy of West Michigan along with Blandford Nature Center—a long-beloved educational nonprofit right next to the golf course—arranged a purchase of the property. Just last year they began a restoration project that will turn these 121 acres into a “refugium” right in the city, with wildlife habitat, nature trails, educational programs, and more. I wanted to visit because I was curious to see what the LCWM and BNC people could do with an old golf course.

Mia and I arrived mid-morning, equipped with warm jackets, sunglasses, and binoculars. We pulled into the gravel parking lot and noticed immediately the spot where the club house used to be, now an expanse of dry dirt. We started walking, not quite sure where the paths were supposed to be. They’re only faintly outlined at this point.

In fact, what struck me most was how messy it all looks at this stage. It just looks like an abandoned golf course. You can make out the old fairways, now weedy and dry. You can see the water features, now muddy and edged with dried grasses. Since it’s early May, the deciduous trees were barely leafing out, and some of them looked arthritic. Some of the spruces were completely dead—just standing there dead, as if someone had propped up a thirty-foot Christmas tree on the curb and left it there till spring.

And yet. The birdies were singing. Before even stepping on a “trail,” we spotted a heron and a hawk overhead. Mallard and Canada geese pairs calmly sunned themselves at the edges of the ponds, one pair with gosling fluff-balls waddling nearby. Tree swallows swooped and circled. We heard red-bellied woodpeckers and tufted titmouses. Before long we spotted a beautiful pair of Eastern bluebirds. Of course there were robins, cardinals, and bluejays, starlings and crows.

Still, what exactly had the LCWM done to this place so far, besides raze the clubhouse and put up a couple signs? Later, I went to their website and learned that there’s much more happening than an amateur like me can spot with the naked eye.

The Highlands operated as a golf course for over a hundred years. That meant a hundred years of nursing turf grass with heavy watering and fertilizing, draining pesticides and other toxic substances into the surrounding watershed. So last spring, the LCWM removed the turf grass. Just scraped it right up. Then, volunteers helped plant scads of native wildflowers. We won’t be able to enjoy those for another couple years, though. The flowers will spend their first two seasons putting down roots. With partners from the US Fish and Wildlife Service, the LCWM also dug out wetland areas in places where the land already dipped. So some of those ponds the critters were enjoying were not just water features gone wild. They were new. Volunteers also helped build and install a bunch of bluebird boxes.

Eventually, Mia and I found the little connector trail into the Blandford Nature Center woods adjacent to the Highlands. Blandford’s buildings and educational programs are all shut down because of COVID-19. But the trails are open, including little loops suitable for youngsters in school groups. In Blandford’s woods, we spotted more bird species, including a new one for me: a palm warbler with golden belly and little rusty cap. It’s called a “palm warbler,” I guess, because of its winter digs in the Caribbean and Yucatan. We also saw a hermit thrush, though we didn’t know it at the time. Mia got a photo of the jaunty, spotty-breasted fellow and we identified it later. We finally caught sight of the northern flicker we kept hearing, too, though we had to tiptoe after him to get a good look. They’re such stylish birds with their combination of spots below and stripes above, yellow and red accents, and striking black breast crescent. Mia also got good photos of brave little chickadees who seemed to enjoy the spotlight, posing in spruce branches for her. “Small bundles of large enthusiasms,” as Aldo Leopold described them.

On our way back to the car, Mia and I encountered a photo monitoring station overlooking a pond where three good-sized painter turtles were sunning themselves on a log. Visitors are invited to set their cameras on a bracket and take a photo, then post it to a hashtag. LCWM wants to create, eventually, a photo montage time-lapse of ecosystem restoration.

Restoration isn’t the most precise word, though, is it? The land will transition to something wilder and more native, but it’s not going to be restored to some pristine, ideal condition from the past. There’s no such thing, since ecosystems are always dynamic. That’s OK. The point is to heal, to create a resilient, sustainable place that provides hospitality for other-than-human life right in the city, with residential neighborhoods and fairly busy streets nearby. It’s not a huge piece of land, but it’s enough.

Meanwhile, healing takes a long time, and the first stages look like a mess. The grasses are scruffy, the trees old and some dying. Windthrow and snags are a key part of a habitat in equilibrium anyway, but seeing them on a golf course makes the place look neglected and unkempt. As the LCWM website points out, “in restoration, ugliness is often the first sign of progress.”

Even so, the seeds are literally planted to turn this into a native prairie and savannah ecosystem. It’s just going to take a while. There’s a whole master plan, developed by a team of experts with plenty of community input, but each phase has to wait for the rains and seeds and creatures to do their work. There’s no rushing it, not if you want to do it right. While we wait and watch, we also have to recognize that the transition period has its own graces. Birdsong and sunning turtles, for example. A killdeer, with broad black bands across its breast like a sailor-stripe shirt.

I wonder what this all suggests for us, right now, in this time when so much seems ugly, unkempt, neglected. A lot seems dead. Are seeds planted? I certainly wonder whether there’s a master plan. What are we becoming? Is all the ugliness a first sign of progress?

Earlier that morning, Mia and I went to visit my parents’ grave. It was the five-year anniversary of their deaths. “It’s weird to think of them down there, under the earth,” I remarked as we stood at the foot of the bed where they now lie, the grave marker like a pillow. “Well, they’re not there,” replied Mia, my personal Easter angel. “Their bodies are,” I pointed out. We put flowers in the vase, the brightest we could find, fake ones lest the deer come and eat them.

So much waiting, transition, in-between-ness. I am trying to find the meanwhile graces.