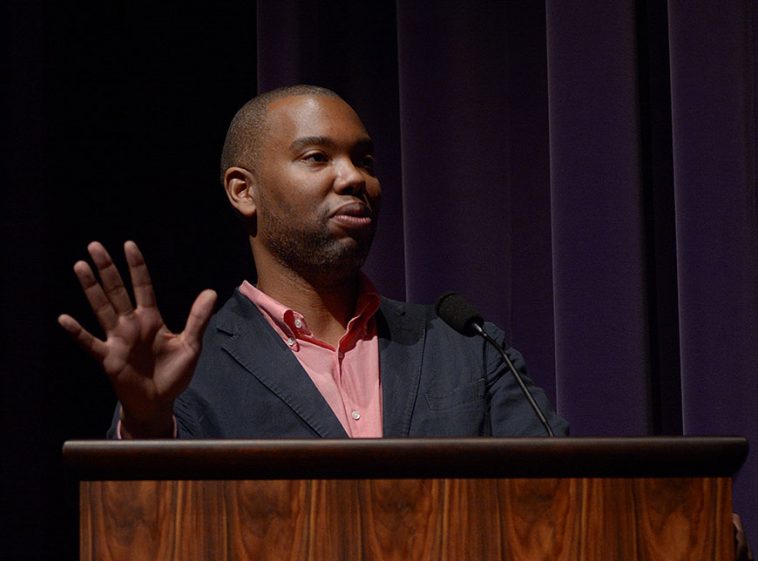 In order to put the current discussion of immigration reform in perspective, these are questions all Americans need to ask. So observed Jose Antonio Vargas, a dynamic, funny, sharp thinker and a successful national journalist. He’s also an undocumented American.

Vargas was one of the plenary speakers at the Conference on College Composition and Communication, the annual gathering of, roughly speaking, the nation’s college writing teachers. It was clear to me, as a first-time attendee at the conference last month in Portland, Oregon, that these hard-working educators were, overall, completely beside themselves about the US presidential election results. How do we teach students responsible and ethical rhetoric, how do we teach them to make reasoned arguments based on clear thinking and strong evidence in the context of … this?

Jose Antonio Vargas began his address to the conference attendees by gratefully naming all his English teachers, including the high school teacher who first introduced him to journalism. Journalism quickly became his passion, but in recent years, Vargas has deployed his journalistic skills toward a new purpose: improving the rhetoric around immigration in America.

He is the founder and CEO of Define American, “a non-profit media and culture organization that seeks to elevate the conversation around immigration and citizenship in America.” Their website offers a number of useful resources about immigrants and immigration policy in America. It emphasizes the importance of story-telling in order to get people past inflamed rhetoric and false assumptions to the complexity and beauty of real people’s lives. The website features a huge selection of stories and interviews, a trove of educational videos, and handy resources such as the one-page fact sheet.

Vargas is a Filipino-American who was sent here by his parents in 1993, when he was 12, to live with his grandparents, who were naturalized citizens. He hasn’t seen his mother since. He “came out” as undocumented in 2011 in an essay for the New York Times Magazine after years of working and paying taxes and trying to keep his status secret.

To answer his questions for me: three of my grandparents immigrated to America when all you had to do was show up, around the turn of the century. Two came from the Netherlands and one from Austria-Hungary. I don’t even know who paid. I do know they all came here poor.

That’s the subtext Ta-Nehesi Coates discerned in a recent article by Nicholas Kristof on the loyalty of Trump voters, who support their man despite cuts in his budget plan to programs that they benefit from. These people are not interested in small government as a principle; they’re interested in making sure government doesn’t squander resources on non-whites. Why do news reporters fail to see that, underneath the euphemisms and rationalizations, it’s about race?

This was Coates’s opening salvo in speaking to a large, eager, mixed-race crowd at Michigan State University’s Wharton Center earlier this week. Coates is also a journalist, known these days for his searing 2104 article in The Atlantic titled “The Case for Reparations” and for his memoir Between the World and Me, which won the National Book Award for Nonfiction in 2015.

Coates is a prophetic figure, eloquent, intense, and—yes—angry. Or more precisely: exasperated, insistent. He’d love to be done talking about reparations, he told us, but how can he let it go when we continue with the lies, the placating euphemisms, the turn-your-face-away optimism—living in The Dream?

Most of Coates’ speech was a recounting of American history’s appalling underside, a kind of parallel narrative to the usual story of a heroic founding and God-blessed growth of the Land of the Free. Four million slaves in 1860, the most valuable asset in all America. Sixty percent of exports were cotton. “Slavery is not the bump on the road, it IS the road to America,” Coates insisted. Post-Civil-War segregation was “the most lethal epidemic of home-grown terrorism in America.” The New Deal, the GI Bill, FHA programs, all carefully crafted to exclude access to Black Americans. Inner city violence and mass incarceration today.

“That’s plunder,” he repeated, the evening’s refrain. The persistent, mass extraction of wealth from the bodies of black-skinned Americans. Why is the ratio of white wealth to black wealth in American today twenty-to-one? Why is there generational poverty and violence? “It’s easy to get,” he offered. There are obvious reasons, based in history and policy. But we don’t want to get it, “because then we would have to do something about it.”

There’s something irresistible and mesmerizing about Coates’s voice. I found Between the World and Me deeply compelling, partly because of Coates’s muscular, precise prose. He’s one of our finest essayists today, in the tradition of James Baldwin and others. More than that, though, he is able to describe the experience of African-Americans in a way that seems to get through emotionally to white people. Reading his prose helped me understand, a little bit, for the first time on a more than intellectual level, the fear inherent to living in a black body.

It seems there is a hunger for bracing truth-telling. The success of his memoir surprises and troubles him, but he seems to have appeared on the scene for such a time as this. There’s nothing cheerful or even very hopeful about what he says, yet the crowd on Monday night gave him three standing ovations. Hard as it is, we want to hear it.

“These are the sort of results that make a linguist’s heart go pitter-pat.”
April 6, 2017

Corpora is such a lovely word, a word that should describe a sleek sea creature or a variety of wild flower. Instead, it’s a technical term in linguistics. It’s the plural for corpus, the term for a gigantic body of prose piled together and prepped for computer-powered data crunching. Corpus linguistics is a fairly new field of language study—all the rage, one might say—and we had one of its most important proponents on campus this week.

Mark Davies, who teaches linguistics at Brigham Young University, is the magician who built some astonishingly useful corpora. Davies spoke to an eager group of professors and students at Calvin on Thursday, demonstrating the sleight-of-hand possible with COCA, COHA, NOW, and GloWbE. Corpora, alas, do not have beautiful names.

Never mind. Did you know that the word “mustn’t” peaked in usage in the 1910s? We know this because the Corpus of Historical American English contains 400 million words of text gathered from a variety of print sources from 1810 through the 2000s. So you can search COHA for “mustn’t” and get it to calculate frequency of usage across the decades. Or try searching for the phrase “a most ADJ NOUN” and the search will yield examples such as this one from 1880: “Jack was a most engaging heathen, and needed very little instruction.”

In the Corpus of Contemporary American English, containing about 520 million words “scooped up” from 1990-2015, you can create tables that will help you visualize how the term “global warming” is gradually being overtaken and replaced by “climate change.” In the GloWbE corpus, which gathers English from all over the world, you can discover that the word “banjaxed,” which means “messed up or confused,” is only used in Ireland, and not in the UK or America or Tanzania or Ghana. In the NOW corpus, which contains over 4 billion words from 2010 to this minute (it gathers 5 million more words every day!), you can track usage and terminology and all kinds of interesting word-data from English on the web. You can find the birth of the phrase “fake news,” for example, in the month of November 2016.

What’s the point? Well, linguists play around with corpora because, evidently, it gives them joy. Beyond that, corpus data is used most often right now by cultural historians, legal historians, and language teachers who want to study real-time English usage. As Davies pointed out, if you search these corpora strategically, you can learn a lot about cultural change. The way we use words reveals a lot about who we are.

As I started writing up the notes from these three very different lectures, I didn’t imagine they had any common themes, but come to think of it, they do: How we talk about things matters. Here are three challenging spaces to explore in our ongoing efforts to steward language responsibly.