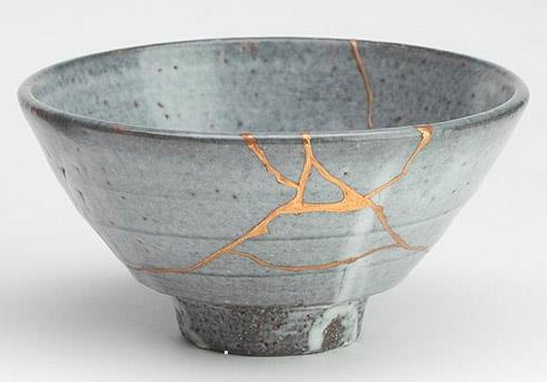 During Lent, I expect to hear about sin and suffering, but I’m starting to get tired of the word “broken.” Also “brokenness,” “broken world,” “broken people,” and “messy, broken world/people.”

Overused words descend into cliché, and I think we might be approaching that territory here.

To support my case, I present evidence.

The phrase “broken people” is the title of a song by Jane’s Addiction, and a featured lyric in the refrain of a song by Twenty-One Pilots. A Mark Bishop song assures us that “God Builds Churches with Broken People.”

Meanwhile, blogs offer both advice and warning. It’s true that “God uses broken people.” However, “Broken people can be a whirlpool” and it’s wise to remember that “Fixing broken people is tricky.”

Christian authors and leaders have plenty to say. Sheila Walsh has a 2012 book called God Loves Broken People. DJ Wilson is suggesting on HuffPost that “Broken People Apply Here.” Chip Ingram would like to help us with “understanding our broken-world experiences.” Rick Warren offers advice about “Living in a Broken World.” Coincidentally, so does Philip Yancey. And so does Kevin Ruffcorn in his sermon on Mark 13, handily available on Sermon Central.

Please note that broken people are not to be confused with “broke people,” who exhibit a different, though overlapping, set of behaviors.

This whole brokenness trend is not confined to the Christian world, by any means. There’s a Broken People Clothing company, a TheseBrokenPeople YouTube channel, and a Broken People Pinterest page. Human Rights Watch would like you to know that the broken people phenomenon has gone international.

I admit that in Christian circles, the word “broken” has been useful for certain purposes. I bet you’ve used it in a prayer. I know I have.

It’s a way of acknowledging that we’re not perfect, which is undoubtedly appropriate, but if we must rehearse this fact, then perhaps we could do so with a wider variety of terms.

Among the words we can use, it’s true that “broken” does evoke our pain, our woundedness, the way we are hurt by others and by sin-pervaded systems, and thus the word can prompt appropriate compassion. Also, “broken” suggests that we might be fixed, which is one way to talk about redemption. I guess.

Nevertheless, at this point, I think the word has devolved into a fashionable shorthand. And sometimes, I have to say, I hear just a whiff of self-congratulation in its use, because it can signal that we’re empathetic and in touch with “real” Christianity, or that we’re hip to people’s authentic pain (another buzzword). We’re wearing the Jesus sandals instead of the plastic smiles. I’m pretty sure I myself have tried to convey that I know about the world’s suffering because I could say the phrase “broken world” with an earnest, pained expression.

It’s so poignant, it’s almost… beautiful. God loves this “beautiful, broken world.” After all, brokenness is so human and we’re just so beautiful in our brokenness, aren’t we?

That might be the more serious issue here. “Broken” is a little too pretty. It’s too weak a word to hold up the weight of sin’s magnitude. “Broken” seems to sidestep culpability and evil. Jesus did not say to the Pharisees, “Oh, you beautiful, broken people. How very human you are!” He did say “Father, forgive them,” but he also called the Pharisees a brood of vipers. He lamented over Jerusalem’s stubborn unbelief. Even the people he compassionately healed got exhorted to go and sin no more.

Boko Haram is not just “broken.” Government corruption in Russia or Nicaragua is more than “broken.” Child abusers are not sufficiently described by “broken.” Anyone who has prayed and pleaded for a mentally ill loved one will agree that “brokenness” does not begin to cover their condition.

I know we need shorthands, but I wonder if “broken” is getting a little lazy, a little reductive. I wonder if “broken” allows us to avoid honest self-examination and less pleasant descriptors. We have plenty of other, more precise words to help us: wounded, diseased, sick, proud, blind, stiff-necked, nasty, rebellious, stupid, selfish, helpless, deceitful, finite, boneheaded, evil, sinful, vulgar, abusive, neglectful, lazy, greedy, idolatrous, wicked, crooked, depraved, and more. We have quite the range available. Maybe it takes some courage to use these words, but hey, it’s Lent. We should try to speak the truth.

If I’m “broken” then all I need is “fixing”—a little glue, a clamp, and there! Almost as good as new. That doesn’t sound sufficient either. I think I need to be sanctified and redeemed. I know it hurts more. But what is our goal here? To conform to the image of Christ, which is a way of saying that to be truly human is to live into the divine image—to be redeemed, transformed, re-created, whole.

There is a balm in Gilead for that, and I think I’ll head my Lenten steps in that direction.