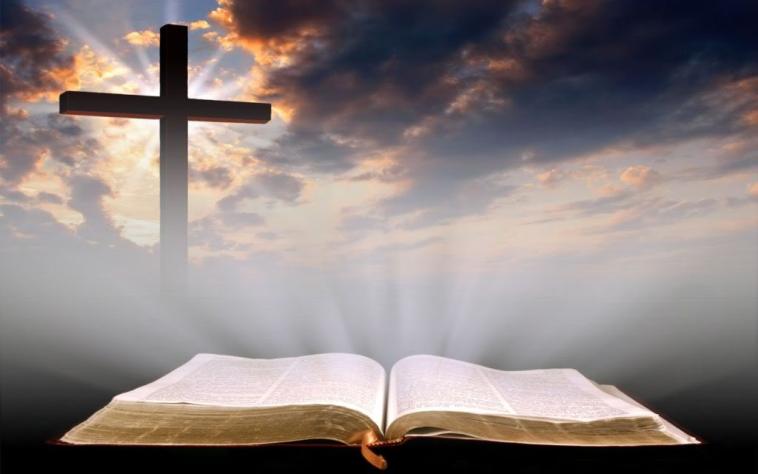 I Never Was An Evangelical, and I Never Want to Be

Those of us in this little Reformed tribe: do we, or do we not count ourselves as Evangelicals?

Since the rise of the current American Disgrace-in-Chief, flung into power on a trebuchet constructed by White Evangelical Voters, the Reformed/Evangelical dilemma has become the subject of some urgent consideration on this blog. Kristin du Mez wrote way back in April 2015 about Rachel Held Evans’ defection from Evangelicalism, with Kristin describing her own youthful forays into Evangelical culture and ending her piece with the suggestion that the label is “on its way out” and that maybe we need to eschew categories anyway. Jim Bratt, already by January of 2016, had declared Evangelicalism a “busted brand” with a scorching analysis of Evangelical support for Trump and Cruz in the presidential primaries. Still before the Fateful Election, Timothy Gloege presented a “Modest Proposal” to conservatives about their obsession with Roe v. Wade, and Scott Hoezee offered a critique of “swaggering” Evangelical machismo.

The Twelvers have done our share, in other words, to distance “Reformed” from “Evangelical,” but I suspect we wouldn’t have expended so much fervent eloquence if not for the uneasy overlap between these two subcultures of American Protestantism.

This is an overlap I have never entirely understood. Or at least, I’ve never felt it in my bones.

It’s true, “Reformed” and “Evangelical” have a lot in common. We can confirm this by using the classic David Bebbington definition that Kristin cited as a guide. Evangelicals

The Reformed denominations I know best, the CRC and RCA, have long sent missionaries all over the world, built hospitals and schools, sent relief in crises, and, through all of it, preached the gospel. However, we are much less likely to ask our seatmate on a plane what will happen if he dies tonight, or to invite a group of ladies over for an innocent get-to-know-you tea and then ambush them with testimony time and a closed-eye prayer during which those who wish to accept Jesus are asked to raise their hands—as actually happened to me one time.

Reformed people also regard conversion with a lot less fanfare. A personal relationship with the Lord? Absolutely essential. However, conversion experiences, while admired, are less emphasized than faithfulness in the long haul. To paraphrase a key line in Hamilton: Conversion is easy, young man; sanctification is harder.

Both the CRC and the RCA have deep strands of evangelical (small “e”) DNA. An earlier iteration of the RCA was here in America during both Great Awakenings. The CRC derives from St. Abraham Kuyper’s expression of Dutch evangelicalism. Considering the commonalities, then, it’s not surprising that the Christian Reformed Church in North America is a member of the National Association of Evangelicals. The Reformed Church in America, with its more mainline history, is not a member. That’s a matter of denominational negotiation and historical association, though, rather than on-the-ground, in-the-pew culture. I have observed that the RCA these days (at least in the West and Midwest) may actually be more entangled with Evangelical groups like Campus Crusade than CRC churches are.

In any case, Evangelicals of the contemporary American variety have always felt to me like the cousins my family visits only once a year for a day or two on out-of-state road trips. We are related, of course, but when we get together our differences seem most glaring. We share some genes, but we don’t share the same story or ethos at all.

I’ve always figured that, in the Reformed world, I had anything good about Evangelicalism, only better. My family has its own problems, but at least we don’t have theirs. You could put this attitude down to family loyalty. But there’s more to it.

I’ve come to understand that, for me, this feeling of distance from the cousins is the result of hitting a kind of demographic sweet spot: I grew up at just the right moment. In the CRC churches of the 1970s, we were still rooted enough in our immigrant past to feel like a distinctive, identity-forming enclave, though Americanized enough to have shed some of the old Dutch bluster about “worldlimindedness.” I’m not saying the CRC family of those days was altogether healthy and harmonious. We had nasty qualities of our very own: insularity, arrogance, and a schismatic streak. Many denominations battled over women’s ordination, but the CRC’s battle was especially long and bitter—though I was young enough at the time that it seemed to brush past me like an icy shadow. To me, being Reformed meant a combination of faithful devotion and intellectual curiosity, shaped by a tight community and a whole-life sense of purpose, seasoned with a kind of playful seriousness about human nature and life. I know. I was lucky. Or, in Evangelical parlance, “blessed.”

Then things shifted. By the mid-80s, when I was fleeing to the arms of the pagans at secular university, the CRC and the RCA seemed to lose confidence in the whole “distinctively Reformed” project. To put it reductively, Reformed culture got seduced by the Religious Right and the Moral Majority, with their promises of political power and a righteous America. I saw it happening from a distance. Real historians could tell this story with more precision, but I do remember people from my parents’ church finding the allure of 1980s Evangelicalism irresistible. I mean, who wants to be in the Religious Wrong? And shouldn’t we keep up with Willow Creek and be “seeker sensitive”? And don’t we want to save unborn babies? (Although: this.)

This transition masques an historical distinction that even good journalists can’t quite figure out when they try to understand, for instance, where Betsy DeVos came from. She went to Calvin College in the 1970s, but that’s not where her commitments were formed, not really. She was formed in the political fervor of 1980s Evangelicalism. The quintessence of Calvin in the 1970s—just for the record—is better represented by our other alum in the news this year, Al Plantinga, who won the Templeton Prize for leveraging his impressive intellectual fire power to convince the secular philosophical academy that theism is reasonable, among other things. Now that’sReformed.

Anyway, Evangelicals, with their media empires, political machines, and illusory promises of simple moral clarity, overwhelmed the little subcultures of the CRC as well as the RCA. By the 1990s, as Jim Bratt has long lamented, the most influential theological authorities among CRC people were Chuck Colson and James Dobson—that master huckster of patriarchal hegemony.

While Dobson and Colson were speaking ex cathedra and raking in the book royalties, I was off at grad school learning terms like “patriarchal hegemony.” And then I came back to Calvin, still, in my opinion, a sweet spot of Reformed culture at its best, a nexus of faithful devotion and intellectual rigor, of appropriately Reformed skeptical reserve about… well, about everything. So somehow I missed the period where my tribe hung out with the crazy cousins more often and learned to shop only at Christian bookstores, listen only to CCM, and bring a Religious Right-approved voter’s guide to the ballot box.

Years passed, and now I’m watching in horror as the White Evangelical cousins are wracked by dysfunction. The honored tradition of Billy Graham has curdled into his son Franklin. The White Evangelical voting block, some of them temporarily wooed by Obama’s fair-minded centrism, has now closed ranks in a craven, sycophantic love of power, machismo, greed, and white supremacy.

Strong words? They’re coming from inside the Evangelical house. They came from the editorial staff of Christianity Today in October 2016. They came from Evangelicals of color, grieving a sense of betrayal. They came from Rod Dreher in an article in the American Conservative. You realize, he writes, that even though a lot of us Evangelicals think Trump is terrible, when this is all over, we’re still going to get blamed. Hard words have come from Jim Wallis and the Sojourners crew practically on the hour as their decades-long drumbeat crescendos into a frenzy.

All this to say, I’m sorry, dear cousins, about your troubles. Actually, I’m pretty mad that some of my immediate family members have gotten tangled up in them. For everyone’s sake, I hope you get your issues worked out, I really do. But you know what? I’ve always been from a different side of the family, and I intend to keep it that way.