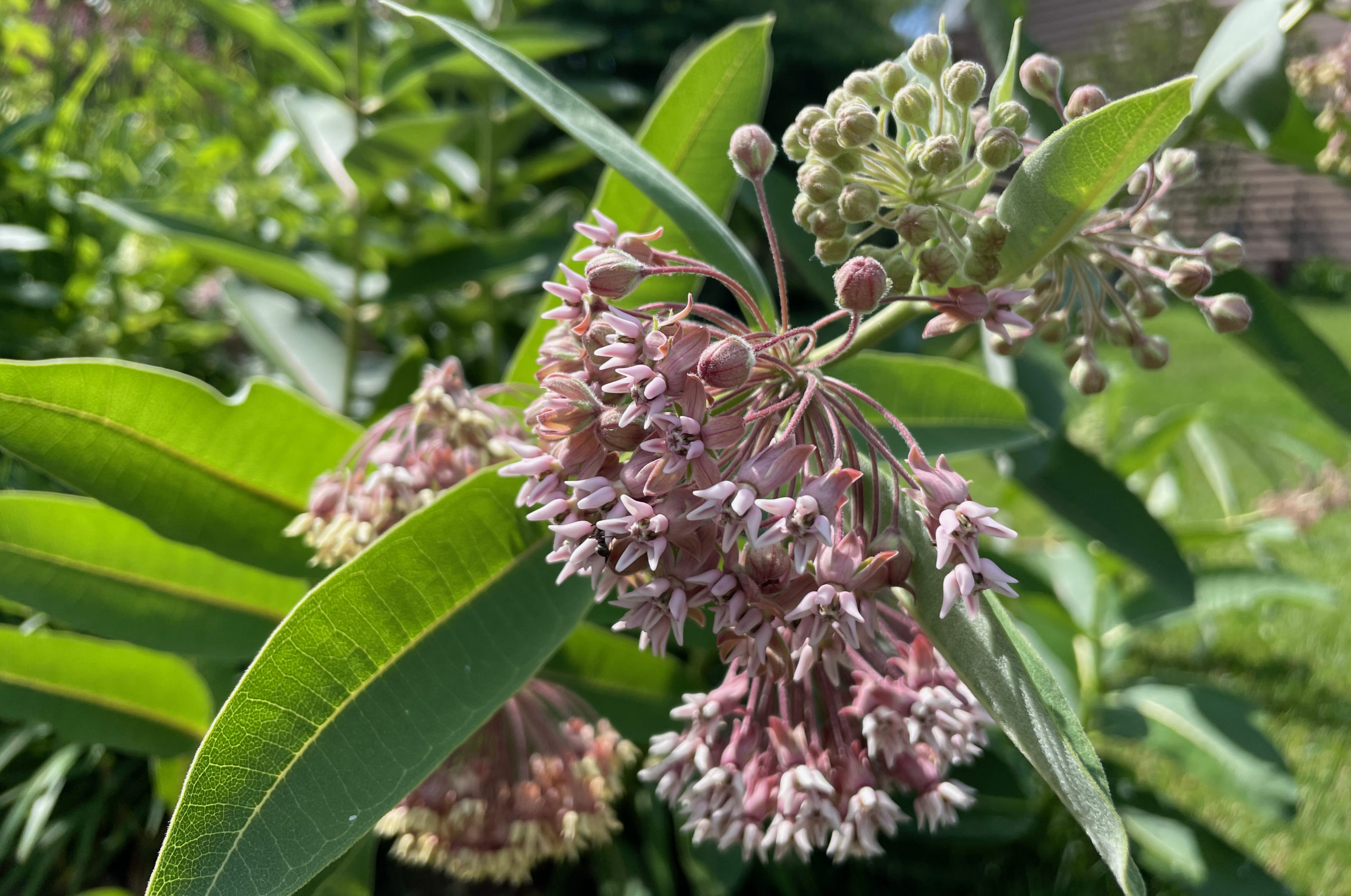 “The faithful ought never to run over the good things in creation ‘with a fleeting glance; but we should ponder them at length, turn them over in our minds seriously and faithfully, and recollect them repeatedly.” — David O. Taylor, The Theater of God’s Glory, quoting John Calvin, The Institutes of Christian Religion, 1.14.21 (p. 40)

Monarch butterflies (Danaus plexippus) are the only butterflies known to achieve a two-way migration. Eastern monarchs, at least 85% of them, summer throughout the Great Lakes region, all the way west to the Dakotas. In the fall, adult butterflies travel 3000 miles to Mexico to congregate en masse in the cool, humid oyamel fir forests of the Sierra Madres. Then, in the spring, they turn around and fly north.

Actually, it takes three or four generations of butterflies to make the whole migration. No single butterfly makes a round trip, which actually makes the phenomenon even more amazing. How do they know where to go when no given individual has done the trip before?

Along the way north and throughout the summer, adults land in established roosting sites. They glom onto milkweed plants, lay eggs, and hatch a new generation. The new generation of caterpillars munch on milkweed till they’re sated, then they transform via chrysalis into the familiar orange-and-black flutterers. The butterflies flit off to a variety of flowers, sipping nectar and pollinating as they go.

Why? Well, climate change worsens droughts and storms along migration routes. Pesticides are a problem. But it seems that, for the monarch, the biggest problem is milkweed loss.

Like most butterflies, monarchs specialize in one host plant: in their case, it’s milkweed. That’s their nursery. Accept no substitutes. Milkweed used to grow abundantly in agricultural fields and undeveloped lands. Now, cities and roads and developments eliminate milkweed sites. Meanwhile, herbicide-resistant corn and soybeans allow farmers to spray their crops with herbicides that kill everything else, including milkweed. And where farmers used to allow rough margins around their crops—margins where milkweed grew abundantly—now they farm edge-to-edge. Efficiency!

Between land development and agricultural methods, we have now lost monarch habitat equivalent to the size of Texas. What to do? Well, we probably only need another 1.3 billion milkweed stems to help monarchs build back their population. Just 1.3 billion!

Since people love monarchs, many citizen and conservation groups are planting milkweed in their yards, in parks, and on playgrounds. Unfortunately, that won’t be enough. We really need those agricultural margins, along with roadsides, powerline and railway throughways, and so on.

Do monarchs really have to be so picky? Well, to be fair, they are happy with several native species of milkweed. About 90% of monarchs rely on common milkweed, though. The reason is that milkweed contains a compound that makes monarchs poisonous to predators. The compound doesn’t bother the caterpillars—they’re adapted to it—but it enters their body chemistry, persisting into adult stages and causing most hungry birds to spit them out.

Federal, state, and private conservation organizations have devised efforts to save the monarchs—which has helped the Eastern population to bounce back significantly—but in December 2020, the monarch was denied federal protection under the Endangered Species Act. Monarchs qualify by the strictures of the act, but they need to get in line. Plenty of other species face even more dire situations, and alas, we only have so many resources to go around. So, cute little butterflies: just get in line there behind the Illinois chorus frog, the little brown bat, some freshwater mussels, and a bunch of others. Sorry.

I suppose we could ask: what’s the big deal? Monarchs are pretty and all, but do we really need them? Other things adapt. You don’t see robins or deer languishing because they’re foolish enough to rely on one single kind of plant. I mean, come on! But what can we tell the monarchs? As with many insect species, their pairings with particular plants have evolved over millions of years. They can’t adapt in only two minutes.

I could summon excellent evidence about how we depend on pollinators. I could mention that lepidopterans in general have declined 40% over 40 years. We could talk about bee populations and neonicotinoids and gaze down that frightening road to ecosystem collapse.

But instead, let’s focus on quiddity. Quiddity means nature, essence, peculiarity. Anglican theologian Richard Bauckham, in his book Living with Other Creatures, commends the contemplation of other creatures simply so that we might worship God better:

“It is not just the moments of breathtaking beauty that help us to worship God, but the endlessly remarkable quiddity of other creatures, their being themselves in all the strangeness, intricacy and difference that God has given to each.”

God has designed a world in which each creature offers its own peculiarity and oddness. Monarch caterpillars craft a jade-green chrysalis filigreed with gold. Monarchs and milkweed work together so that monarchs can live to pollinate another day. We lose the milkweed, we lose the monarch, we lose ecosystem services, we lose the resilience of ecosystem diversity, we lose one tiny fluttery facet of God’s abundance. We lose we lose we lose.