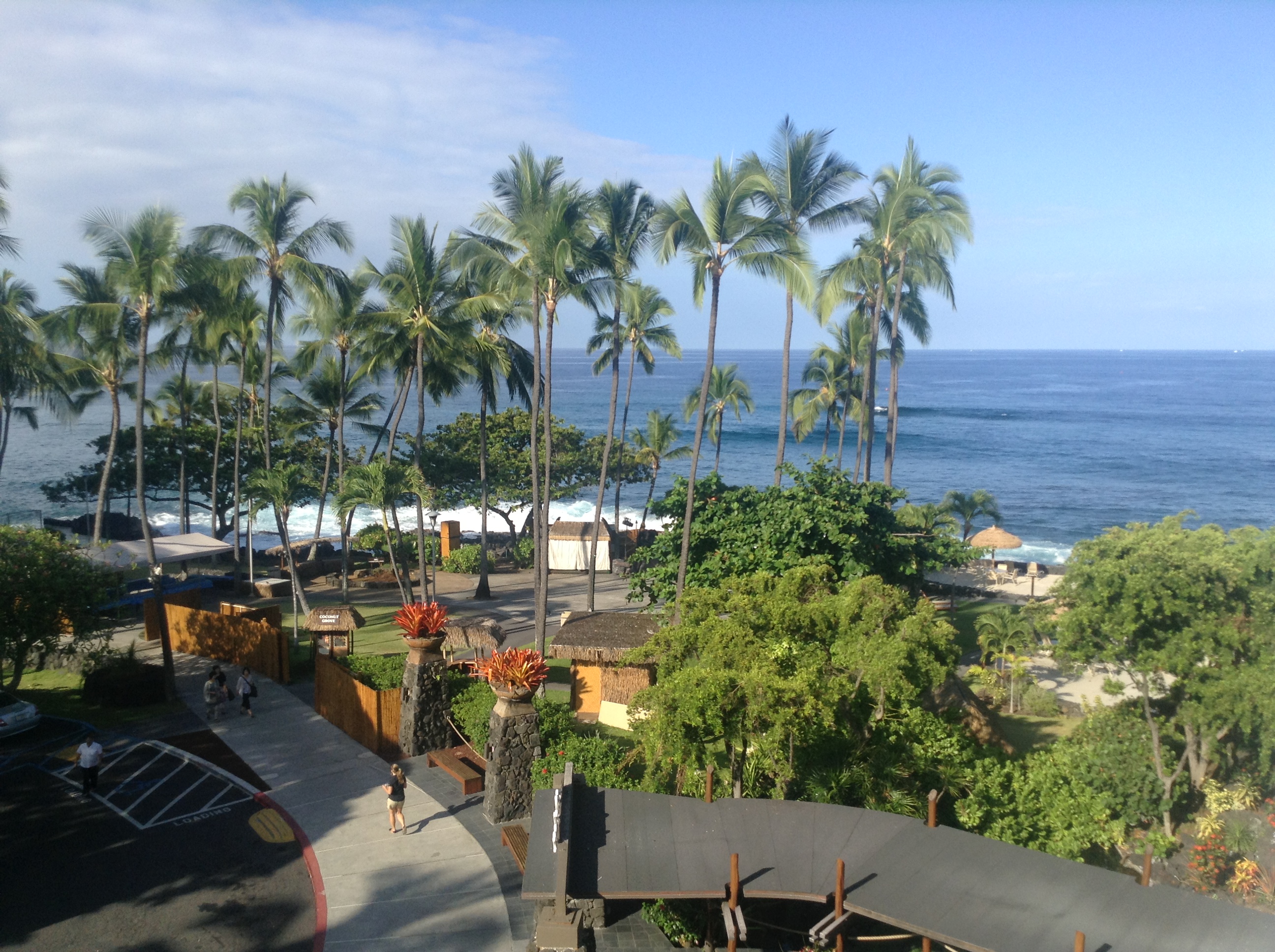 “Danger: You Could Die Here in Paradise”

I know that important things have been happening in the news this week, but I don’t care because: I’m in Hawaii. Been here for almost two weeks with my wonderful partner, Ron, celebrating 25 years of marriage. We are giving ourselves a much-needed and extravagant rest from life on the mainland, literally and figuratively.

“Wow, it’s true, isn’t it?” That was my reaction as we strolled through the grounds of the hotel where we stayed the first night. The fragrant plumeria, the warm temperatures, the swaying palms—exactly what one would expect from a tropical paradise. (For those of you who need to know: we’re on the Big Island, Kona side.) A couple nights later, we went to a fantastic luau, which fully delivered on all the tropes: shimmy-hip dancers, tiki torches, imu-cooked pig, the whole bit. And it was surprisingly uncheesy: the musicians and dancers were all total professionals and, as Ron put it, “never missed a mark.” Incidentally, here’s a note to file under the heading “missionary success”: the lovely emcee announced that she would offer a traditional Hawaiian blessing before the meal, and she proceeded to sing the Doxology—in Hawaiian. For those of you keeping score, that’s a seventeenth-century English text translated into Hawaiian in the nineteenth century, sung to a sixteenth century Genevan hymn tune. Very cool.

Now that we’ve been here for a while, though, we’ve seen that Hawaii—or Ha-VAH-ee, as the locals say—is a much more interesting and complicated place than the edenic paradise one is led to expect. The Big Island, which is the youngest and therefore most rough-cut of the chain, turns out to be a geologic showcase. Eleven of the thirteen climate types are present here, according to my guide book. We’ve driven past vast landscapes of hardened lava, scrub desert that resembles the West, and high-altitude range that looks exactly like the New Zealand locations used for Rohan in the Lord of the Rings movies. “Look! There’s Edoras!” we exclaimed, as we drove by a huge rising of green against the windy, gold fields.

Twice now we’ve driven up to the Visitors Center at 9300 feet on Mauna Kea, the tallest volcano on the island—now dormant—at almost 14,000 feet. Desolate and covered in rough, red lava-gravel, the mountain affords astonishing views of what seems like transcendence itself.

After dark, we stood in the 45-degree, thin, clear air (appropriately bundled up, thankfully) and saw the Southern Cross, the Milky Way, the whole thick field of stars.

Even in the more archetypal Hawaiian settings, however—among the fabulous tropical flora and on the gorgeous beaches—Eden is fraught with danger. We hiked some lushly green ocean-side trails where cheerful signs patiently informed us that we should “Stay back from the edge. Cliff may crumble and you could fall. Injury or death may result.” These signs are common near beaches, too. We’ve watched eager boogie-boarders defy the threatening surf, getting tossed and spun within crashing walls of water and churning foam—they do manage to pop up afterwards, but yikes! Last week, a 28-year-old man was indeed seriously bitten by a tiger shark about 20 miles north of Kona. At the Volcanoes National Park Visitor’s Center, we decided not to hike out to see an active lava flow when we viewed a film that outlined, in vivid detail, how many ways one could suffer and perish on the baking rocks.

When I was a little kid, my family took a vacation to Florida to visit the newly opened Disney World. We stayed at the Polynesian Hotel, and I thought it was the most breathtaking thing I had ever seen. It was, of course, Polynesian beauty with all the sharp edges removed. Everything perfect and tame—the tropical flowers and palms, but no pounding surf, no rocks to cut your shins, no volcanic volatility. Disney took all the danger out, but all the grandeur, too. It was lovely, but it was fake. 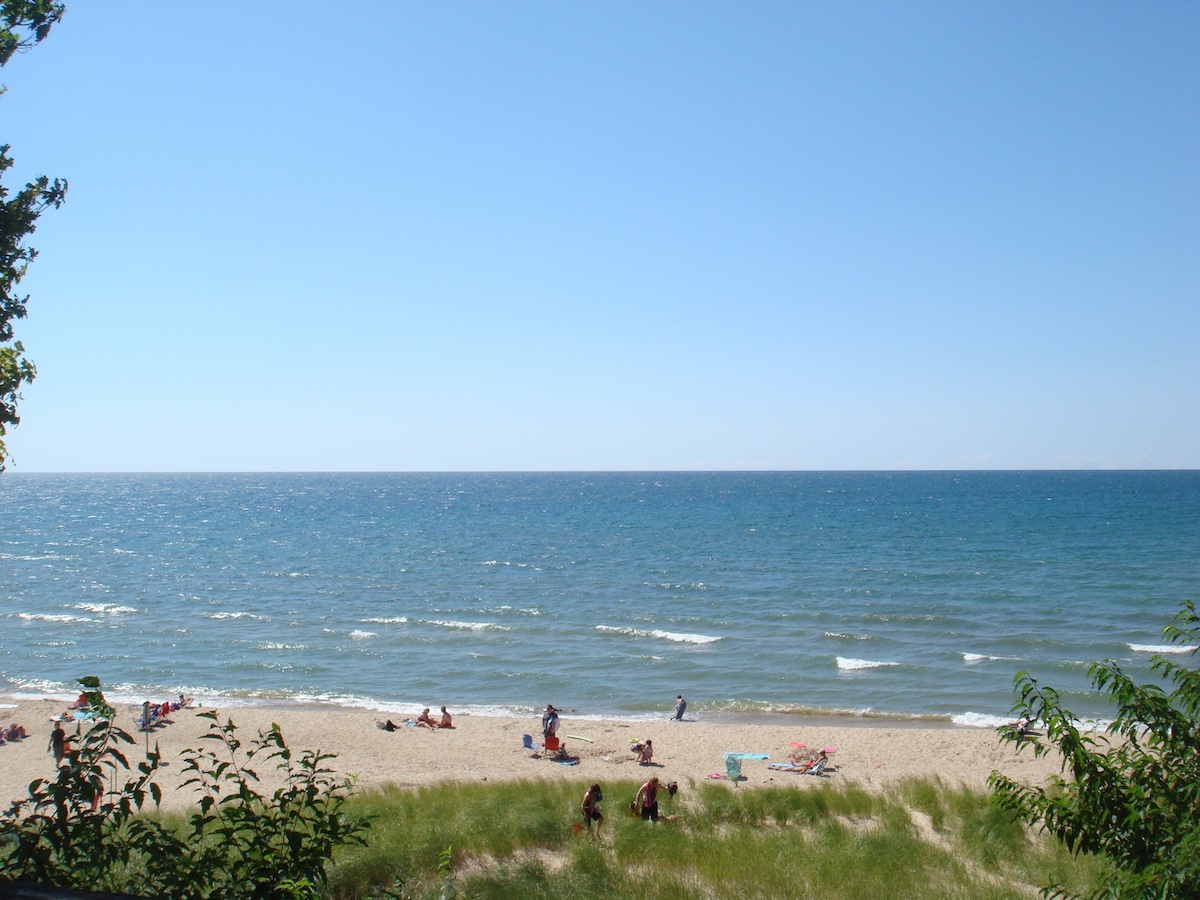 I suppose you have to brave some dangers and snares to find real places of beauty and delight in this life. You have to cross vast, heaving oceans, and climb rough trails with heavy packs, and step carefully over the rocks, and avoid the edges of cliffs. It can certainly be done, with courage and common sense and a lot of grace. Hmmm, that sounds like a decent summary of marriage. In gratitude then, for these great two weeks and for 25 years with Ron!