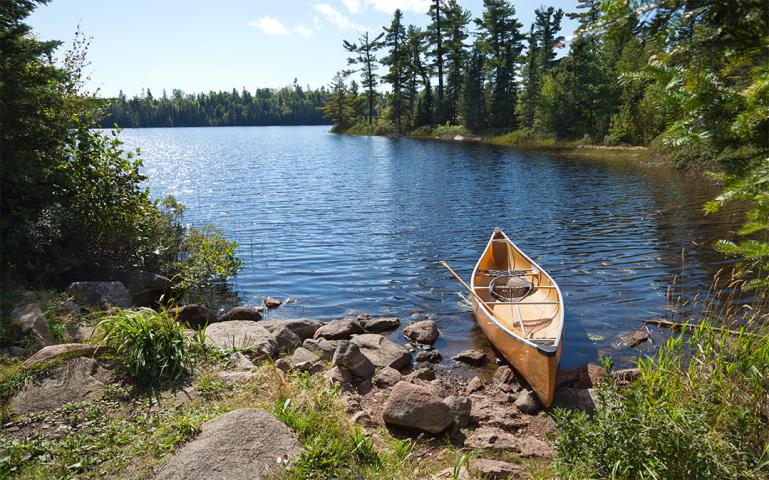 I am delighted to share with you this conversation with my friend and colleague Steven Bouma-Prediger in celebration of his new book, Earthkeeping and Character: Exploring a Christian Ecological Virtue Ethic, just released from Baker. In this book, Steve continues his service to the planet and the church by developing a concise, winsome ecological virtue ethics. He draws on the long history of virtue ethics both Christian and classical, evokes relevant biblical texts, and offers illustrative examples. Steve is Leonard and Marjorie Maas Professor of Reformed Theology at Hope College.

DR: You note a return to the study of virtue ethics among philosophers since the 1980s. How might you explain a renewed interest in this mode of ethical reflection? Is there a longing these days for a different way of thinking about right and wrong, some alternate path through our ethical impasses?

SBP: One of the major reasons for renewed interest in virtue ethics among scholars is Alasdair MacIntyre’s 1981 book After Virtue. It is hard to overemphasize the massive influence of that impressive book. I still vividly recall reading and discussing After Virtue with Rich Mouw in an independent study I did with him in 1986 shortly after he joined the faculty at Fuller Theological Seminary, where I was studying (in the M.Div. program) at the time.

MacIntyre provided a compelling narrative for why virtue ethics, the longstanding dominant approach to ethics in Western culture, disappeared from scholarly discussions after the Enlightenment. And MacIntyre offered a persuasive reason for retrieving this long-lost tradition by arguing that we face a choice: either Nietzsche or Aristotle. That is, either absolute power rules all, or virtues make for genuine human flourishing. Needless to say, MacIntyre argues that there are very good reasons to choose Aristotle.

MacIntyre’s narrative gave voice at the time to a longing, as you put it, for a different way of thinking about right and wrong, good and bad—beyond the usual options of duties/rights and consequences. He quickly followed his first book with two more equally important books: Whose Justice? Which Rationality? in 1988 and Three Rival Versions of Moral Enquiry in 1990.

DR: How can virtue ethics help us grapple with our current ecological dilemmas, including the urgencies of the climate crisis? Especially since, as some authors you quote put it, “we live in a culture with too little capacity or interest in those virtues.”

SBP: I argue that a turn to virtue ethics is precisely what we need in order to grapple with current ecological problems, most especially the urgencies of the climate crisis. In order to understand and tackle our “unprecedented human emergency”—to use the language from a recent document on climate change written by the National Religious Coalition on Creation Care (a very diverse group of Jews and Christians, left, right and center)—we need more people courageous enough to look the climate data in the face, wise enough to perceive the true state of our home planet, humble enough to admit we need drastic changes, and hope-filled enough to act and inspire others to act in ways that lead to real, positive change. In short, we need more people who exhibit wonder and humility, self-control and wisdom, justice and love, courage and hope—precisely the virtues I explore in my book.

While some say we live in a culture with too little capacity or interest in virtues, that does not imply that we should live in such a culture. The status quo should not determine what we ought to do. Certain virtues are fundamental to any society. Lacking virtues such as honesty and justice and hope, for example, our lives collapse into chaos. We must increase our capacity for and interest in virtues and their formation, especially in this time of climate crisis, not succumb to a belief that “Oh well, there is little interest in being just or courageous, so I guess this business of virtue ethics is a dead end.”

DR: How can defining and better understanding virtues bring about practical change? How can it help Christians take better actions?

SBP: First, understanding virtues can help us learn what virtues and vices are and prompt us to think about which vices are most damaging and which virtues are most needed in our culture today.

Second, understanding virtues can help us learn how virtues are formed and how we can cultivate certain virtues in our homes, schools, churches, etc. For example, understanding that virtue formation is shaped by narratives and enhanced by exemplars helps us think about how to foster virtue formation. Which grand stories and which role models de facto shape our character? The so-called American dream? The latest sports hero or movie star? Which narratives and exemplars should shape our character?

Third, understanding virtues helps us Christians to recover an important part of our own tradition, namely, the seven cardinal virtues of moderation, fortitude, wisdom, justice, faith, hope, and love. These virtues provide a reliable guide to living the truly good life signified by the vision of shalom in the Old Testament or the Kingdom of God in the New Testament. In bringing about practical change, a change in our actions, we must engage not just our mind but also our imagination and our will. Understanding is necessary but not sufficient for change in action.

One brief comment about virtues and Christian faith. Some people have mistakenly assumed that any talk of virtues necessarily implies some sort of “works righteousness” in which we earn our salvation. Virtue ethics, so the claim goes, is some form of Pelagianism, in which God’s grace isn’t enough. Virtues, in this view, are about working your way to God. My discussion of virtues does not have to do with how we sinners are justified by God; rather, it has to do with how, empowered by the Holy Spirit, we become who God calls us to be. To use the technical language, virtues have to do with sanctification, not justification.

DR: Ethical reflection over the centuries has identified dozens of virtues and vices, and they’re all interrelated. How on earth did you go about the selection and organization process for this book?

SBP: In my earlier book For the Beauty of the Earth, I listed and described 14 virtues. Some scholars list 25-30 virtues in their discussions of virtue ethics. My selection process for this book involved a number of components. First, I read and re-read the Bible. Virtues show up almost everywhere, most famously in Jesus’ Sermon on the Mount in Matthew 5-7 and in St. Paul’s letters to the Galatians and Colossians. Second, I mined the treasures of the Christian tradition. There is much wisdom in the teachings of the Church and its theologians, e.g., Thomas Aquinas and John Calvin, and its spiritual masters, e.g., Julian of Norwich and Mother Theresa of Calcutta. Third, I consulted the wisdom of the ages, from ancient philosophers such as Aristotle to contemporary poets such as Wendell Berry. Fourth, I listened to and learned from other scholars in the field of ecological virtue ethics. I borrowed some of their good ideas and rejected those that didn’t make sense. In short, I explored the four sources of Christian theology and ethics, the so-called Wesleyan Quadrilateral: Scripture, tradition, experience, and reason.

I boiled down the list of many virtues to a short list of the ones I found to be most essential. No surprise that the cardinal virtues of the Greeks (courage, self-control, wisdom, justice) made this final list, as did two of the three theological virtues (hope and love) from the Christian tradition. (Why faith is missing is simple: I don’t think faith fits the operative definition of a virtue.) I added humility to the list since it is central to the Christian tradition. Wonder was the truly odd virtue, since it appears on very few traditional lists, but is listed by some important thinkers and seems to me to be crucial. Once I settled on the final list, I noticed that there were affinities between certain virtues such that the final eight fell into four pairs.

DR: How do you hope the book will be used?

SBP: I hope the book will be used in a variety of ways by different people. I am currently using it in some courses I am teaching at Hope and I know some friends teaching at other colleges and universities are using it in their classes. So I hope it proves useful for those teaching and taking college and university courses. I also hope scholars near and far will find it useful in their thinking about ecological virtue ethics, especially in light of the pressing challenges we face in the world today. There is only one other book in English on this topic written from a Christian perspective, so I hope the book will be useful in advancing this field of inquiry. Hence one of the primary audiences is the academic world.

But I very intentionally wrote this book to be accessible and interesting to a wider variety of readers than just college students and university professors. I would like to see churches use it for Sunday school classes, and maybe its ideas could find their way into a sermon or two or three. I would like the book to raise some questions and provide some answers to church leaders in their own congregations and parishes and denominations. And I could see it being used by those involved in outdoor education and nature education, whether they are Christian or not.

SBP: My most beloved virtue is hope. Without hope, we die. As necessary as air or water, hope is an absolutely essential reality of human life. When we hope, we do four things: we wish for some good future, we imagine some version of that good future, we believe that this good future is possible, and we act in such a way to make that good future real. As David Orr puts it, “Hope is a verb with its sleeves rolled up.” Interestingly, hope is notoriously absent from most lists of eco-virtues. Yet for Christians hope is one of St. Paul’s Big Three: faith, hope, and love. Of course, in response to this question what would you expect someone who teaches at Hope College to say?

I have many favorite vices, if by favorite one means markedly popular. Sadly, many of the vices I mention are all too popular. Ecological apathy, for example, seems to be widespread. Many people are oblivious to and unconcerned about the havoc wreaked on the earth. They do not mourn the loss of anything natural. Ecological injustice is also popular. The failure to respect the worth of others, including our non-human neighbors, seems omnipresent.

If by favorite, however, one means which vice do I find myself attracted to or captivated by, then I would have to say ecological recklessness, the vice of excess with respect to ecological courage. This vice encourages us to charge ahead with our favorite environmental project, without doing the necessary homework or truly listening to the needs and wants of those affected. We say to ourselves (if not to others): “We caretakers of creation know what should be done, so everyone else, get out of our way.” This counterfeit of courage is disrespectful and often counterproductive. We need courage, not recklessness. We need the moral strength to do what is right and the fortitude to stick with it, but we also need other virtues such as respect, humility, and love.

DR: Thank you so much for sharing these reflections.