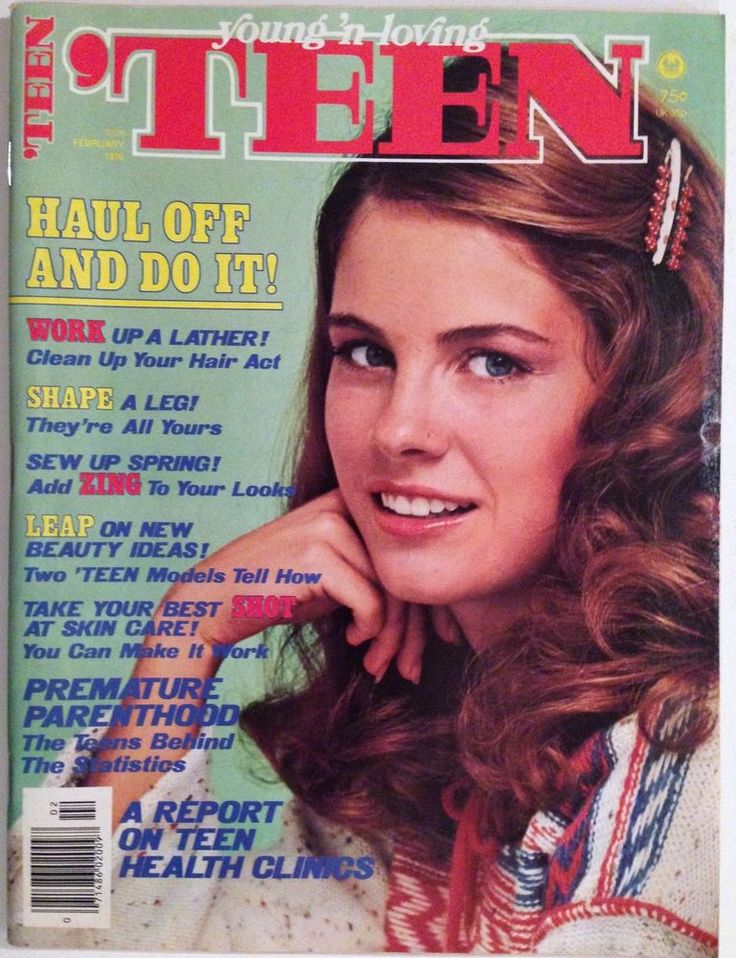 Bonne Bell Takes Me Back

In the fall of 1975, West Side Christian School compelled us fifth graders to sell magazine subscriptions in order to raise money for … something or other. This kind of nonsense was beneath our dignity. We had almost reached the pinnacle of the elementary school hierarchy, and we no longer expected to slave for “the man.” Unable to throw off our oppressors, however, we perfunctorily nagged family members and neighbors to re-up on their subscriptions to National Geographic and Time. My own way of coping was to score at least one sale by convincing my mother to allow me to subscribe to ‘TEEN magazine.

The first issue arrived in November. I remember being so excited, I brought it along to catechism class on a Wednesday afternoon. How I gazed at the beautiful older girl on the cover—perfect teeth, clear skin, gorgeous late-70s hair. I opened to the first page and… behold, the mystery.

‘TEEN magazine was my window on grown-up girlhood. My mother was entering her 50s, I had no older sisters. Who would initiate me into the rituals of teenagerhood? I needed help, more than my fifth-grade girlfriends could offer. Thankfully, the world of consumer magazine publishing understood my need.

I’ve been thinking about that threshold moment because the good librarians at my college sent out an email notice last week, explaining that they had arranged a free trial subscription to the Women’s Magazine Archive, a product of the ProQuest research company. It’s a database of a couple dozen consumer magazines, ranging in coverage from the late nineteenth-century through 2005, digitally scanned in color and indexed for researchers. A goldmine, in other words, for gender studies scholars, historians, and other academics interested in constructions of womanhood.

Unfortunately, the database does not include back issues of ‘TEEN magazine, which ceased publication in 2009. But ‘TEEN, with its coy and curious apostrophe, was the cute little sister of Seventeen magazine. So I decided to look up issues of Seventeen dated circa 1976.

Wow. Did you know that ads can evoke nostalgia? Yes. Remember Faberge Organics shampoo? Or Love’s Baby Soft perfume? No? Clearly you did not turn eleven years old in 1976. (Or you did, but you were a boy.)

Remember Candie’s high heels? Or Dr. Scholl’s exercise sandals, with their klompen-like molded wooden soles and solid leather straps in a variety of fashion colors? I remember wearing those at Grand Haven State park. They took some getting used to before you could walk gracefully in them and not gallumph too much, but the sand brushed very easily off the smooth wood, and they were so cool.

Seeing these ads again awakened forgotten longings. How I longed to toss a sheet of thick, lustrous, waist-length hair over my shoulder, like the women in the Clairol Long & Silky shampoo ads. How I longed for the “savage tan,” available to me with the assistance of the summer sun and QT by Coppertone, or Tropic Sun Dark Tanning Oil. How soon until I looked like those grown-up models in their bikinis, with their flat stomachs, firm breasts, and slim thighs?

Clicking through this electronic magazine was like paging through a scrapbook of my adolescence. I shouldn’t be surprised that the mysteries of teenhood were first revealed to me through magazine advertisements. What surprises me is the sudden recollection of those keen hungers: to look like that, to know what the older girls knew, to grow up.

Now, of course, I regard old issues of Seventeen with a trained, cynical eye. As a preteen, I never thought to subscribe to Seventeen, because it was far too sophisticated and—my mother imagined—racy. So I’m surprised to observe how very innocent the magazine seems in retrospect.

Based on my perusal of a few issues from 1976, 1977, and 1979, the ideal Seventeen girl of this era knows her beauty products and tips, throws tasteful holiday parties, and has a boyfriend on the hook. In fact, she’s already planning her wedding, judging from all the diamond ring and china ads. In one ad for Lenox china, a pouty young woman in a Holly Hobby-style outfit (remember Holly Hobby??) muses in a forest glen, a deer in the foreground. “Love leads to Lenox,” the tagline declares.

The ideal Seventeen girl was also very skinny, and very white. She may, in some photo spreads, appreciate the addition of a token African-American or two in her friend group. She sews, she bakes (judging from articles and ads), and based on the hair-dos, she knows her way around a curling iron. She is “pretty”—not “sexy.” We may, occasionally, go so far as “foxy.”

Intellectual interests? Slim. There’s an article on the poignant troubles of beautiful women (people don’t take you seriously!) and an article titled “Are Girls Catching Up to Boys in Sports?” that does not once mention Title IX, which was passed in 1972. Concern with health, and rest, and exercise. A few earnest pleas for girls to consider careers (fashion industry, perhaps?) and to stand against “double standards.”

How about sex? Well, we don’t talk about it much. The July 1977 issue features an article titled “22 Myths and Realities About Your Body,” not one of which myths/realities is about sex. In the March 1979 issue, an article presenting the results of a reader survey does address views on sex, views modern readers are likely to find charmingly conservative.

In any case, at age ten and eleven, reading ‘TEEN magazine, my curiosities were not remotely about sex. I wanted to know how to apply mascara, whether or not I should indeed rinse and repeat, and the precise definitions of maillot and espadrille. I wanted to figure out how to manage the new realities of a changing body. I wanted to be like the older girls. I certainly wanted boys to like me, maybe even, in some cute, preteen way, desire me—as long as they kept a good distance. For a while anyway.

That was so many lifetimes ago. I have indeed grown up, as evidenced by the utter lack of glamor in my current magazine selections. These days I subscribe to The Christian Century, Sojouners, The Banner, Perspectives (of course!), The Sidney Journal, The George Herbert Journal. Ads in these publications are almost exclusively for books. There is literally an ad on the back cover of the April 26 Christian Century for a book called The Epistle to the Ephesians by Karl Barth (thanks, Baker Academic). Not likely to arouse the same kinds of social anxieties or longings.

And magazines are becoming more and more a technology of the past. Those teen magazines are now part of a research database for academics. Funny because, in retrospect, I see that they were indeed research material for me. In the privacy of my girlhood bedroom, I could study the mysteries—pore over the articles and ads and Q&A columns with an eager curiosity that left me almost light-headed. I’d forgotten how that felt.

Any librarians or collectors out there able to get me a scan of that December 1975 ‘TEEN issue, or anything from 1976? Let me know.