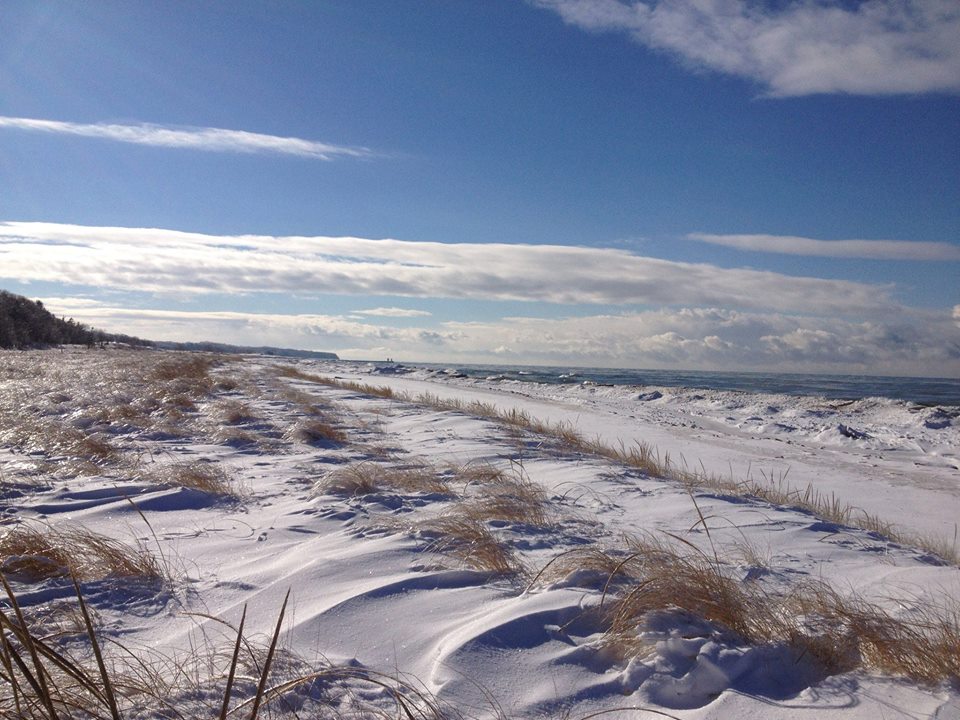 But they constrained him, saying, Abide with us: for it is toward evening, and the day is far spent. And he went in to tarry with them. — Luke 24:29

As a teenager, I sang hymns I didn’t understand. I remember evening services, gathered in a warm sanctuary against the winter dark, singing “Abide with Me.” I thought of it as a nice evening hymn. Now I understand: it’s about death. Actually, older hymns often conclude with a death verse or two. Sorrow seemed a closer companion in past generations, and the faithful came to worship expecting comfort as a regular ration.

Abide with me: fast falls the eventide;
The darkness deepens; Lord, with me abide.

A few days after we moved my dad into a nursing home last month, I arrived for a visit and found him and my mom in the common room among the gathered residents, circled up in their wheelchairs, listening to a small choir. It was a group from a Protestant Reformed church nearby, young people with fiercely serious faces, singing a capella. They sang mostly old hymns. I wondered what they thought of as they sang the death verses. Had grief touched them? Were they thinking only of the stooped, frail residents? Or of someone they knew, or of themselves? Or could they sing without thinking, in the strength of their own long futures ahead?

When other helpers fail and comforts flee,
Help of the helpless, O abide with me.

The year wanes in darkness, at least here in Michigan. Much snow and ice this year. It’s hard not to brood, especially after a year that brought so much sorrow and loss in my circle of acquaintance. A dear colleague, dying suddenly and too young this past summer. My mother’s friends, gone one by one in the last few years, this past week another one. And now another colleague’s wife, also too young, also from cancer, also in a matter of a few weeks. The angels bring good news of great joy, but it’s hard to sing along. Go on, shepherds, magi—run along and visit the child. We need a little time yet here on the hill, under the cold stars.

Luke 24 is an Easter passage in the lectionary, but today I think of those disciples on the road to Emmaus, all their hope crashed around them. As far as they were concerned, it was the apocalypse. The world was ending, joy was a joke. Some stranger, curious and apparently clueless, kindly asked why they were sad, but how can one explain?

The blogger Andrew Sullivan published last week a very fine long-form piece on the new pope. Titled “Untier of Knots,” it is well worth an hour’s investment to digest its 35 pages. Sullivan refers in the essay to a painting that has been especially meaningful for Pope Francis, a German baroque painting of the Virgin called “Mary Untier of Knots.” Sullivan is not the first to see the emblematic import of the painting for the pope’s “way of being in the world,” but he nicely unpacks the painting’s remarkable symbolism for all of us. Life brings inevitable frustrations and challenges, writes Sullivan, and it’s easy to get frustrated, even angry. But the only way to proceed

is to take each knot in turn, patiently and gently undo it, loosen a little, see what happens, and move on to the next. You will never know exactly when all the knots will resolve themselves—it can happen quite quickly after a while or seemingly never. But you do know that patience, and concern with the here and now, is the only way to “solve” the “problem.” You don’t look forward with a plan; you look down with a practice.

How long does it take to undo the knot of devastating loss? the mystery of suffering? There is no answer; there is no shortcut. We stop trying to look forward. We look down and go back to the practice. Go back to work, clean the house, walk the dog, speak a kind word, visit a friend, show up at worship, try to pray.

Change and decay in all around I see.
O Lord who changes not, abide with me.

The year turns, the afternoon lingers in light a few moments more. In a week, all the holiday trimmings will be packed away, and the rooms will seem clean and empty. What will the new year bring? We always start with good wishes for each other and some hope, maybe generous, maybe thin as a wisp.

That curious stranger walks alongside, asking annoying questions. Doesn’t he understand? Where has he been these past months? Well, we say to him, at least come in and stay. We’ll share a meal and rest. Please. Just abide here with us.