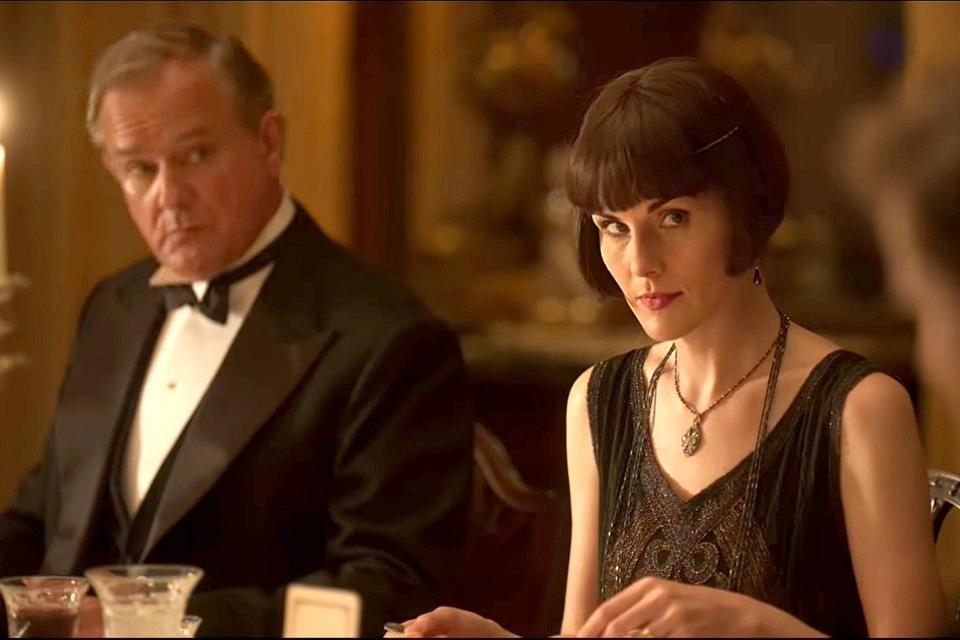 I’m Giving Up Boorishness for Lent

A couple weeks ago, fellow Twelver Jeff Munroe confessed his fondness for Downton Abbey, the gorgeous, Brit-made, upstairs-downstairs soap opera that American viewers have swooned all over this winter.  Oddly enough, this show—which seems to celebrate class divisions and Edwardian excess—enjoys a solid and enthusiastic fan base among liberal-leaning, NPR-listening, degree-holding types. Yup, like me. I love it.

Why on earth? A good question for cultural commentators to ponder, and so they have been, tappita-tapping away at their keyboards, trying to guess why a serial drama about ye olden dayes on an Earl’s estate in Yorkshire has caught on in the land of the free, 2012. Katie Roiphe wrote an insightful piece for Slate last month, connecting the show’s popularity with America’s charged, nervous discussion of the disparity between the ninety-nine percent and the one percent.  Meanwhile, “rock star historian” Simon Schama, a Brit who teaches at Columbia in New York, wrote a snitty piece for the Daily Beast: Why are you Americans taken in by this ridiculous snobbery? he wants to know. And it’s not even historically accurate!

Oh Simon, really? I love your work, but come on. Historical accuracy is not why we watch TV, my friend. TV is our main deliverer of story these days, and that’s what we crave. Story is our place apart—its artificiality precisely its usefulness—an arena of the imagination where we can sort out problems, sift through feelings, discover what we value. Much of the TV we watch serves to reassure us that whatever is happening in our lives, things could be worse. Maybe your job is absurd, but it’s not quite The Office. Maybe your home is shabby, but it’s not Hoarders. Meanwhile, a good deal of TV allows us to live into our fantasies, from forbidden to fond.

Downton Abbey surely figures on the fond fantasy end of things. The gowns! The horses! The servants, bustling about and offering you a single letter on a silver tray! No doubt part of the show’s appeal is its sheer beauty. The tasteful grandeur of the house, everything lovely and in place, every pillow properly floofed. Ravishing light through tall windows. Lawns green and vast. Every scene beautifully costumed, acted, and filmed. The dialogue crisp, direct, and loaded, with Maggie Smith’s aristocratic zingers hitting home every time. It’s just great TV art, top to bottom. Even the title sequence features the charming, sashaying rear end of a radiant yellow lab. Who could resist?

Roiphe and others are right, though: We are desperately fascinated with wealth. Americans bluster about equality, but what we’d really like is to be equally rich. So it’s no wonder we tune in to find out whether the Crawleys will marry off their daughters and secure the future of the estate. Still, I think there’s more to it than wealth-envy in the case of this show. I think we are fascinated with honor.

The Crawleys, for all their obsession with marriage and the entail and the title, understand the duty and responsibility of privilege. Robert, the pater familias, is a good man—even the Irish socialist chauffer says so. He has a loving, tender marriage. He treats his staff with respect and generosity. He gives earnest speeches about the estate as his life’s work and his responsibility to those who depend upon it for their livelihood. By golly he’s a job creator and he knows it. True, he’s not perfect, but thanks to a maid-ex-machina who tempted him—he managed to forbear—he knows his own weakness, which only makes him better able to forgive his daughters for their mistakes. Goodness, no one even cusses in this world. Poor Matthew Crawley is allowed one “damn” after surviving a world war and losing his fiancée, and even then he apologizes to the ladies.

And the downstairs staff? Well, except for a couple of minor machiavels—every show needs some villains—the staff is motivated by honor and decency, too. Mrs. Hughes even delivers at one point a huffy speech about the crucial difference between prudence and self-interest.

Duty and honor and decency and the public good. A fantasy? Of course. Exactly. No one imagines that this is how things were in 1912 or 1919. We understand that the Crawleys are a fiction. So why this fiction, now? Well, maybe Downton Abbey appeals because in the wake of the financial crisis and in the midst of an election cycle, we look to our “aristocrats”—our celebrities, our politicians, our one percent—and we see vulgarity, power-greed, and deceit. Maybe we long for a world in which crass self-interest is not assumed, but censured as dishonorable. Where people make choices toward something other than their own immediate gratification. Where everyone takes for granted a network of interrelationships and an obligation to do one’s part.

So I wonder if this show is helping us discover what we value after all: modesty, decency, responsibility, honor. We hardly ever hear the word “virtue” in public discourse, and I recognize that historically the gender and class inflections of various virtues are problematic to say the least. But nevertheless I wonder if our favored fictions are revealing a hunger for a little more virtue, here and now in the real world.

Lent is a good time to hunger for virtue. Not just polite virtue, but real deep-down righteousness. I agree that total depravity is a comforting and utterly necessary doctrine. But our weaknesses and sins and pathologies are not the end of the story. Being human is not just about being broken, but about being redeemed. “Work out your own salvation with fear and trembling.” God designed into humanity a true nobility toward which we must strive. We strive within the freedom of grace and by the power of the Holy Spirit—“for it is God who works within us”—but perhaps our popular fiction is urging us toward a little more striving.