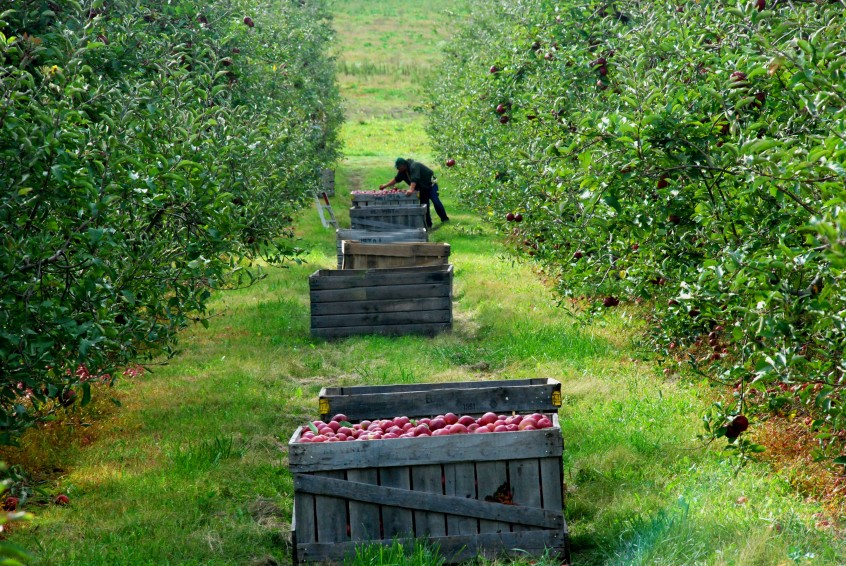 A “polar vortex” descended upon us here in Michigan at the tail end of the holiday break, extending school vacations by a few days and getting us all stuck in our homes defending ourselves against a couple feet of snow and brutally cold temperatures. Now that we’re back at school and work, we’re confessing to each other mild cases of cabin fever. “It was fun for a while, but… I’m glad to be out again.”

Back at work, my job this month is to help new faculty members at Calvin College learn about Calvin’s history and mission, figuring out what it all means for their academic field and for their life in the Calvin … “vortex”? Is that too strong a word? Anyway, yesterday was Abraham Kuyper day, so Jim Bratt joined us to underscore some things from our readings and help us think through Kuyper-related issues. As The Twelve readers may know, one aspect of Kuyper’s genius was his ability to perceive even in the 1870s that the modern world would mean pluralist societies—like it or not—and that Christians were going to have to think up new ways to live in post-Christendom society. One of Kuyper’s main strategies for this was to create distinctively Christian parallel institutions: a Christian political party, a Christian labor union, a Christian newspaper, a Christian university, and so on. Thanks to Dutch immigration, Kuyper’s strategies arrived in America, and those of us gathered in the classroom yesterday owe much about our current employer to him. (Several of us owe the bulk of our education, in fact.)

We spent a little time enumerating the pros and cons of Christian institutions like Calvin College and agreed that the whole project depends for its effectiveness on “getting out into the world.” We gather in this institution, leverage the strength of community and joint labor, and then, at least in theory, we “engage culture”—influence? renew? transform? Depends on how ambitious and triumphalist you feel. “So how does Calvin ensure that faculty get out and do that?” one person asked. Hunh. Good question.

One of the dangers of Christian institutions is insularity. Setting aside for the moment the church congregation, which has parallel issues but a different ontology, calling, and theology (it’s a different sphere, right?), how do Christian institutions like schools, colleges, camps, publications, ballet studios, etc., ensure that their members do more than self-preserve and perpetuate off in a corner? Even at a college, where we are supposed to “get out” through work in our scholarly or artistic guilds, it is still possible to stay inside a Christian bubble—publish only in Christian journals, work only with other Christian groups, form Christian subguilds, and so on.

At the risk of oversimplifying things, I wonder if the right metaphor might help us avoid insularity and inspire us to engage the world in kingdom-building ways. Here are some possibilities.

bunker
This is the one we’re all supposed to reject at Calvin. We are not supposed to regard “the world” as territory of a threatening enemy and thus use our Christian institutions as a place to hide, maybe a place from which to lob grenades. But let’s admit that we all do this to some extent. And let’s admit that sometimes we do need a safe hiding place.

encampment
This one could retain a sense of embattlement, but could also be part of a pilgrimage metaphor. We are on our way through this world, we’re camping out together, free to cooperate with other tribes or stay apart, as needed. This one feels too temporary, however, for the kind of institutional strength that Kuyper had in mind, strength out of which to participate in God’s redemptive work in the world.

settlement
Similar to the last one, but more settled. I wonder if this is how Calvin College often operates. Our boundaries are identifiable, but they’re not ramparts. We engage in plenty of trade with neighboring settlements, and many of us travel in and out and receive visitors. But one could spend an entire life within the village bounds, too, without too much strain.

spy academy
This one fits with the common phrase at Calvin, “agents of shalom.” Here we train agents to infiltrate “every square inch” and bring Christian witness to business, media, the arts, medicine, and all the rest. The danger of course is that once out there, the spies can “go native.” The virtue is the way it emphasizes mixing—leaven in the dough, salt and light.

locker room/gym
I wonder if this is how Kuyper more or less regarded the institutions he founded. (Jim B: want to weigh in on that?) There are many teams in the league, and we’re the Christian team. Our institutions are where we train and suit up for games. Our work in the world is not exactly a battle, but it is competitive. We of course know that we’re the best team, but we still have to show good sportsmanship and “argue” our case on the court/field. The strength of this metaphor is that it does not allow staying in the bubble at all. After all, what kind of team never plays a game against other teams?

plaza
A more postmodern way to think about Christian institutions. The boundaries are much more open, people of all kinds are constantly moving through. We are one space among many public spaces. We hope people find our space pleasant and perhaps choose to stay and help maintain it (or donate to it?). From what I understand, some religious colleges have become more like this. This might be a decently healthy metaphor for a Christian media outfit, especially on the internet.

orchard
—or maybe vineyard, to be more biblical. I rather like this one. We have boundaries, but we’re not battling against the enemy, we’re growing fruit (exactly: of the Spirit). We farm by different methods from other growers, methods which we are delighted to share with others. Like everyone else, we deal with weeds and pests—it’s not utopia in here. But our methods are sound, the crew is fabulous, and we are glad to have people come and visit the farm, join our team, bring our methods to other farms, or start their own farms like it. We advertise what we do and sponsor community education programs. Our products go out into the general market, where people can judge them against our competitors’. Our motto: “By their fruits ye shall know them.”

What I like about this last one is the way it suggests that institutions are at once a place, a group of people, and a set of processes, and that their purpose is to bless those both within and without, since of course we grow fruit to send to market, not just to feed ourselves. Another virtue of this metaphor is that it mitigates against a tendency toward Kuyperian triumphalism. With any of these models, it’s easy to fall into a trap in which we imagine that our concerted human labor brings in the kingdom. But this metaphor says: Yes, you’ll work hard, but only the Lord gives the growth.

So I’m asking myself today, Am I sucked into the vortex, enjoying the cozy warmth by the hearth here while it storms outside? Have I just gotten lazy in order to avoid shoveling the truck out? When is the last time I loaded up the truck and took some fruit to market?