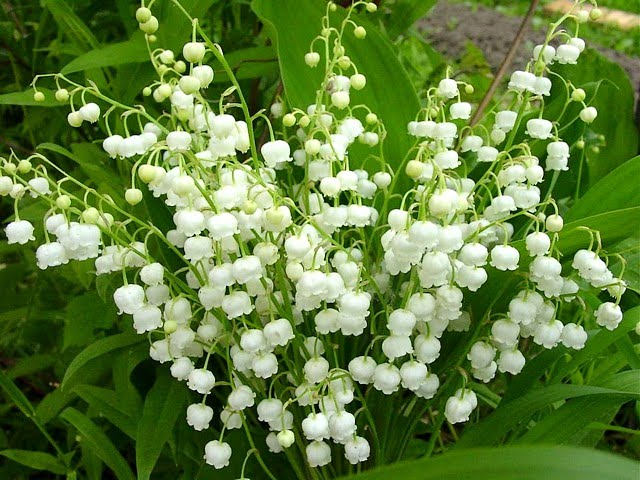 I’ve been out in my yard lately, enjoying this flawless May weather and waging the annual battle for beauty and order against chaos. And I’ve been thinking about Jesus’ agricultural parables, and how he might tell them a little differently today, in American suburbia, than he did back in the ancient Near East. Maybe something like this…

Therefore everyone who hears these words and puts them into practice is like the wise woman who followed the instructions on the internet when she built her retaining wall. She dug a deep trench and used gravel sand for the base. She patiently leveled the bottom row and used blocks with integrated setback. She created a vertical layer of landscape fabric and gravel for drainage as she backfilled, and even sealed the caps with construction adhesive. When the rain came down and the water table rose, that wall had beautiful drainage and it did not budge even an inch.

But everyone who hears my words and does not put them into practice is like the neighbor who just slapped down a stack of blocks on Saturday morning and spent the rest of the day watching the game and slurping brewskies. When the rain came, the water soaked in behind the wall and the whole thing bulged and the blocks tumbled every which way. It looked like a dumped-out bucket of Legos, and all the neighbors laughed.

The kingdom of God is like the lilies-of-the-valley patches that the previous owners left in all the flower beds around the house you just bought. Those sweet little flowers seem innocent and dear, but if you leave these suckers alone, the lilies will spread, slowly and relentlessly, year by year, and take over the entire yard. If you try to dig them out, because you think you’re so smart, you will inevitably leave tiny pieces of root in the ground, which will sprout right up the next spring, laughing at your lame attempt to eradicate them. And be careful where you dump any dug-up roots. They might look pathetic and dead in the fall, but trust me, wherever you dump them, come spring they will find a way to grow and spread and flower.

A homeowner went out to seed his lawn. As he was scattering the seed, some fell on the patio and the dog came and sniffed it, ate it, then later barfed it up in the house. Some seed fell on hard ground because the guy didn’t bother to rake the soil first, so the seed germinated a little, but it never really took root. A couple hot days and a few pee visits from the dog, and that was the end of that. Other seed fell on the places where the guy had previously tried to obliterate bent grass. But you know how that goes: the bent grass grew up again and choked out the Kentucky blue. Other seed fell on properly raked and prepared soil and the guy covered it with straw. With constant watering and careful protection from the kids and the dog, it actually took hold and grew and eventually required weekly mowing.

The kingdom of heaven is like a woman who took great care of her lawn and flower beds, weeding and fertilizing according to the instructions on all the lawn-care-product packaging. Her neighbor, however, evidently couldn’t care less, because his whole yard was crawling by early May with dandelions and crabgrass and clover and other noxious infestations.

The woman’s teenage son said to her, “Mom, we’re getting dandelions and stuff in our lawn because the neighbors are idiots. Shall I go pour gasoline on their lawn and light a match?”

“Nah,” said the mom. “You’ll just wind up in jail for arson, dear. Instead, we’ll offer to take care of their yard, too. They’re getting older and they’re probably overwhelmed by yard work. Let’s go over there right now and offer to put down a nice bag of weed-n-feed with our spreader. Maybe this fall we can suggest a tanker of Round-Up.”

The kingdom of heaven is like a dad who got up early on Saturday and asked all the kids to work in the yard with him, at least till noon. He shamelessly bribed them with chicken-on-the-grill for dinner and homemade brownies for dessert (which is secretly what he wanted, but it did the trick).

So the kids all agreed to help, but the oldest knocked off at ten because he got a text message that some buddies were going to the park to play basketball. The middle kid had stayed up late the night before catching up on TV shows, so after sleepily promising compliance, she went back to bed for a couple hours, and finally appeared in the yard, bleary-eyed, around eleven. Meanwhile, the youngest was out there all morning, raking and weeding, stuffing yard-waste bags and running the edger.

When evening came, the smell of grilled chicken and fresh-baked brownies drew all the kids irresistibly to the table.

The youngest immediately detected the gross injustice about to be perpetrated against him. “No fair! They should get nothing but zucchini! I was out there all morning and they did NOTHING!”

But the youngest was not at all convinced. “You let them get away with everything! I hate being the youngest!” And later he hid all the rest of the brownies and ate them himself over the next three days.

That is not exactly the way the parable is supposed to end, but then Jesus was only preaching to uneducated commoners and self-righteous Pharisees, which, as audiences, are not much of a challenge compared to modern American teenagers.