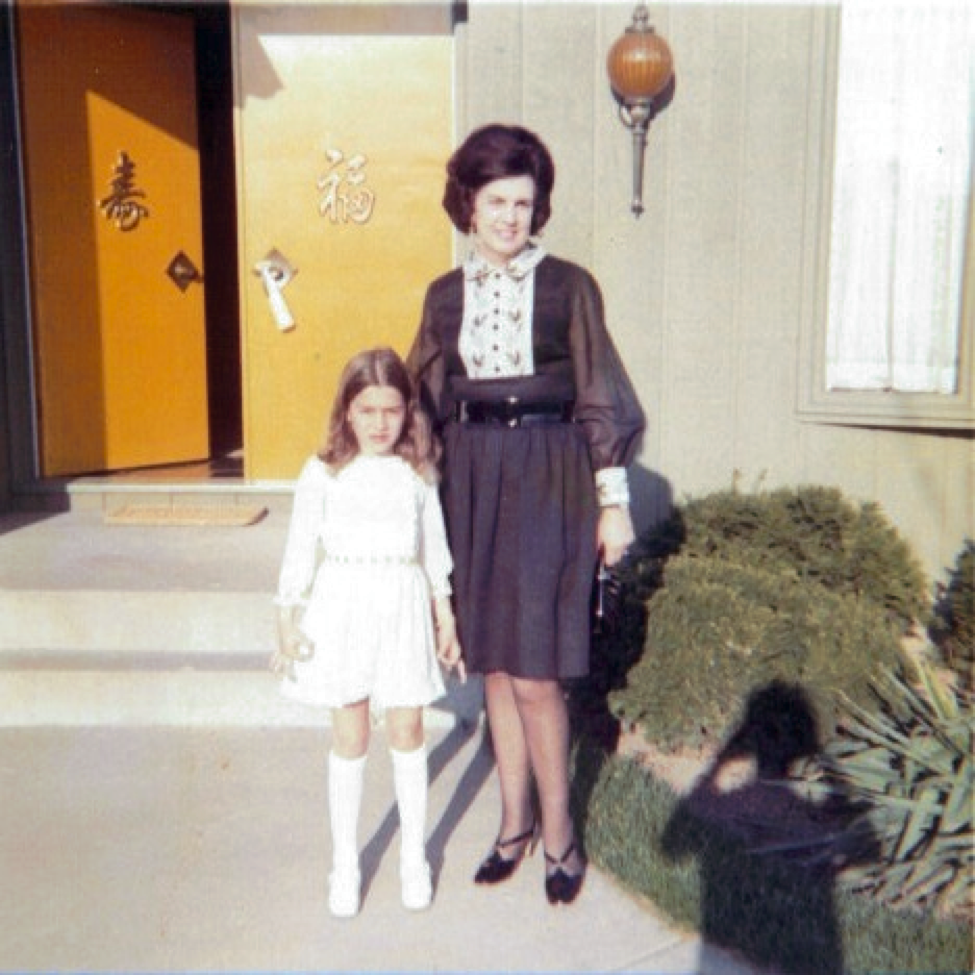 This week we had good news: a buyer for my parents’ home, after only thirty days on the market. A miracle. Mom signed the purchase agreement on Tuesday, and we’ll close by the end of the month.

So now I must say good-bye to my childhood home.

I’ve haven’t had to face this yet because, since my parents moved to assisted living six months ago, I’ve been in the house about every week for one reason or another. There’s nothing like emptying your parents’ home to deflate a swell of fond nostalgia. First you discover that Mom and Dad haven’t really been maintaining the place properly for about, say, ten years. Then you realize that this is not the place of your childhood memories anyway. It’s smaller, shabbier, more faded. The wallpaper is peeling and the carpet is worn. Everything is outdated and chipped, everything seems to sag. And every last problem with it is now your responsibility. Fix the chimney leak, get the closet door back on its track. When we do finally turn over the keys, I think I will feel more relief than grief.

Still, I’m oddly sensitive to place. I divide my life into stages based on where I lived. I dream in spaces. I often dream of my parents’ house as I used to know it, the view out my bedroom window, the morning brightness in the kitchen, the expanse of the yard. Practicing the piano in the living room, just around the corner from the kitchen where my mom was clanking pots and pans and running the microwave, preparing dinner. The chatter of the television from the family room and the way my dad perched on the couch, reading the newspaper.

No place has ever been so truly and securely mine. That house was literally built for me. When I was born in 1965—many years after my brothers—my family needed more space, so they built what was then quite a stylish new brick ranch on a big, sloping lot. It had an indoor grill and dark wood paneling in the “den,” a bath and walk-in closet in the master bedroom (both laughably small by today’s standards), tile bathrooms, a two-stall garage, and a cement patio. My parents had it paid off within a few years. Their depression-era childhoods had taught them that a paid-for home was the foundation of financial security. Debt was the abyss, the realm of all demons. It was not a tool or a strategy or even a misfortune. It was blasphemy.

So that house was the embodiment of their dream, and of security and stability for me. This was the 1960s and 70s—Vietnam, Watergate, Civil Rights, inflation, the oil crisis, disco—yet I never worried about change or cultural slide. I had stability in my parents’ marriage, my church, my school, my religious community, and also in that house. I could always come home to the same rooms, the smell of mom’s cooking, the sigh of the furnace, the rustle of leaves in the pin oak.

At the same time, it was never really my house. My mother believed in professional decorators, and their choices—remember velveteen-and-foil wallpaper?—were always fussier and more gaudy than I liked. My dad was so protective of the house that we had to keep our fingers off the woodwork and our feet off the furniture, and a pair of shoes left around was a misdemeanor offense. Naturally, there were tensions between my teenage self and my parents. When it was time to move out and go to college, I was ready. Even so, for many years, I was glad to come home for a few months between stages of early adulthood, glad that some things didn’t change.

I’ve lived in twelve different places since moving out of my parents’ home: two dorm rooms, three college apartments, two married apartments, two borrowed flats, and three homes I’ve owned. It wasn’t until three years ago that I finally moved into a home I felt was mine, one that suits me and doesn’t feel like a temporary place to camp until the next stage. Yet even this one isn’t mine. It was someone else’s dream home in 1983, the same year I was graduating from high school and moving out for the first time.

I’m grateful for the extraordinary stability and ease of my childhood, but I’ve been around long enough now to know that change is inescapable. My parents thought they would die in that house. They spent forty-six years caring for it and everything in it with a fierce energy. Now it’s gone. My brothers and I released all the familiar objects from their moorings and set them afloat: furniture and lamps and picture frames and vases floated off, either into our homes or through the sluice gate of an estate sale into strangers’ homes. A dish goes off to a cousin, a truckload of stuff to a thrift store, and a lot to the dump. With my own hands, I shoveled letters and photos and files into garbage bags, never to be seen again.

Before they moved out, in a moment of exhaustion and resignation, my mom surprised me by looking around at the home she was about to leave and pronouncing: “They’re just things. We’ve enjoyed them.”

I don’t need the house anymore, either. I have another one, for the time being. And what I loved is not what I see now when I go there. What I loved is only in my memory. I’ve been saying good-bye to that house, when I think about it, for thirty years.

Now it will be someone else’s, and I’m glad. New people: may you be blessed there. Love it, redecorate it, maintain it, plant flowers in the yard, finish that basement—finally. Dig up the overgrown, woody shrubs and peel off all that 80s wallpaper. Enjoy the shade of the gigantic maple that, in my mind, is still slender and young.