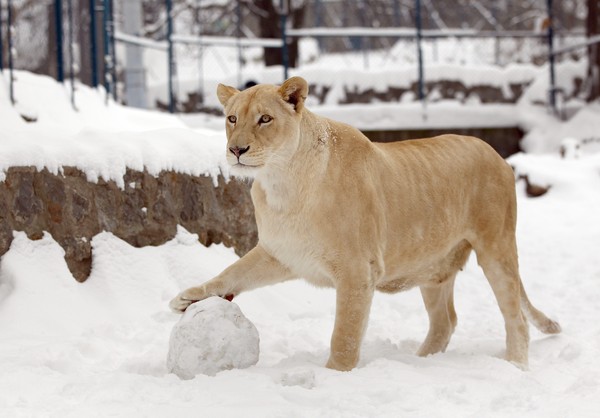 A Biblical Approach to Winter: Scattering Frost and Hurling Hail

To those among our readers who do not live in the wintry climes of North America, I apologize for another lament on this blog about cold, snowy weather. Please forgive us. Still in the grip of this relentless winter, we Midwest dwellers are suffering from claustrophobia, boredom, restlessness, irritability, lack of exercise, and sun-and-flower deprivation. At least I am. Today, gusty winds are depositing a mix of ice and snow on my windows and slicking up the roads and walks. Again.

In times like these, one must turn to scripture for comfort. So with the help of online tools, I searched for references to “winter,” “snow,” “ice,” and “frost” to see what inspiration the entire sweep of scripture might provide. Perhaps because we are dealing with ancient Near Eastern literature here—a milieu quite devoid of lively winter sports or nostalgic associations with sleighs and Grandma’s house—this search drew me into the more dire and obscure corners of the Holy Word, mostly having to do with suffering and terror.

My oddest discovery was a story from 2 Samuel 23, a passage terrifying in its own way as an account of “David’s mighty men.” These guys constituted a sort of Davidic superhero franchise, and their exploits are listed apparently as a way to flex the muscles of David’s military-preindustrial complex. Among these mighty men is a fellow named Benaiah, who “went down into a pit on a snowy day and killed a lion” (vs. 20). What snow has to do with this episode, I’m not sure. Were Benaiah and the lion fighting over a sheltered spot? Did the snow allow our hero to track the lion? Was this a case of interspecies slip-and-fall? Despite the lack of detail, the story was evidently exciting enough to its ancient Israelite audience to warrant a repeat mention in I Chronicles 11. (This was before Marvel comics, obviously.)

Wintry weather conditions seem to come up most often in the Bible in association with God’s judgment and various techniques for rendering it. In Isaiah 18, for example, the people of Cush receive their prophesied doom, which includes birds eating their corpses during the summer and hungry wild animals gnawing them all winter (vs. 6). (Would this include lions? Where’s Benaiah when you need him?) The Lord is also apparently not happy with people who keep summer and winter houses. In the book of Amos, after numerous sarcastic remarks along the lines of “The lion has roared—who will not fear?” (again with the lions!) the prophet finally gets around to an inventory of what Israel is about to lose in a fury of divine destruction, and he makes pointed mention of seasonal real estate, both summer and winter houses (Amos 4:15).

The winter cabin theme also appears in Jeremiah 36, in a lengthy episode in which Jeremiah and a guy named Baruch team up to present a Scroll of Doom to King Jehoiakim of Judah. The scroll announces the imminent destruction of Judah at the hands of the Babylonians, and Jehoiakim reads this scroll while “sitting in the winter apartment, with a fire burning in the firepot in front of him” (vs. 22). Understandably displeased with the scroll’s contents, he burns it piece by piece. Alas, beware the temptations of the firepot. The Lord punishes Jehoiakim for his incendiary defiance with, among other things, frost: “his body will be thrown out and exposed to the heat by day and the frost by night” (vs. 30).

Speaking of death and disaster, both Matthew and Mark record Jesus in one of his more apocalyptic moods, letting it rip about the “abomination that causes desolation” (Matthew 24, Mark 13). When the nightmarish chaos begins, Jesus warns, people will try to flee to the mountains. “Pray that this will not take place in winter,” he remarks (Mark 13:18). Right. One would prefer to flee from the Coming Wrath in pleasant weather.

You may be asking: Doesn’t the Bible anywhere take delight in wintry wonders? What about “Fire and hail and snow and vapors, Stormy winds that hear his call” and other cheerful references to the frostier aspects of God’s good creation? Well, it’s true that Psalm 148 invokes the assistance of lightning, hail, snow, clouds, and stormy winds in praising the Lord. And Psalm 147 presents a whole curriculum vitae of busy divine activity as evidence for God’s greatness, noting that God “spreads the snow like wool and scatters the frost like ashes. He hurls down his hail like pebbles” (vss. 16-17).

However, we need to put these passages in the context of the book of Job. Remember the end of Job, where the LORD finally replies to Job’s anguished question, Why am I suffering? The answer is four chapters of booming thunder under the rubric, And just who do you think you are, mister? Sample divine statement: “Have you entered the storehouses of the snow or seen the storehouses of the hail, which I reserve for times of trouble, for days of war and battle?” (Job 38:22-23). Predictably, lions are also mentioned: “Do you hunt the prey for the lioness and satisfy the hunger of the lions…?” (Job 38:39-40).

The point is that when wintry blasts are described in these passages, the underlying theme is this: God is much bigger and greater than you are, so your choices for a response here are either praise or silence. Job’s choice? “I put my hand over my mouth” (Job 40:4). You know, Job, you could use a scarf for that purpose. It’s cold outside.

Amid these fearful reveries, I should not neglect to note the occasional reference to winter as a sign of God’s faithful sustenance, taking its ordained place in the cycle of seasons. We might think of the Noahic Covenant in Genesis 8, for example, where “seedtime and harvest, cold and heat, summer and winter, day and night will never cease” (vs. 22). Here winter serves as one-half of a witness to God’s grace in the seasonal cycle.

The key word is “cycle.” Winter has to end. March is almost here, the month that is supposed to “come in like a lion and go out like a lamb” (note: final lion reference, surprisingly not from the Bible). We have to arrive, eventually, where Jim Bratt brought us a week ago by quoting from Song of Songs: “See! The winter is past; the rains are over and gone. Flowers appear on the earth; the season of singing has come, the cooing of doves is heard in our land” (Song of Songs 2:11-12).

Until the flowers pop and the doves start cooing, though, we will simply have to ponder the usual character-building spiritual lessons winter demands of us: patience, perseverance, hope, and faith. “Now faith is being sure of what we hope for and certain of what we do not see” (Hebrews 11:1). We do not see, at the moment, so much as a blade of green or a swollen bud. Come to think of it, we also do not see all the yard problems spring will uncover, the tasks and projects now buried under two feet of snow. Well, there it is: a winter blessing for which to give thanks.

All quotations from the New International Version.